Interview: a day in the life of Julien Guettab

Piket winner Julien Guettab has not been idle since he won the prize for painting in 2017. Not only can he add several exhibitions at home and abroad to his CV, his bookcase is now bulging thanks to his passion for collecting.

“Collecting is the window from which I view the world”, begins Julien. “It allows me to travel in time.” That may sound mysterious, for Julien it is the most normal thing in the world. He roams flea markets and searches online for new treasures. Via Skype he proudly shows which new encyclopaedias he has recently imported from obscure German villages to his bookcase in his Parisian room. “I now have a very old one from the 18th or 19th century, which I just found online. I love how people illustrated those books, it shows how they thought and lived, and an encyclopedia is also a kind of window that allows you to view the world. There’s always something that you don’t know yet.” 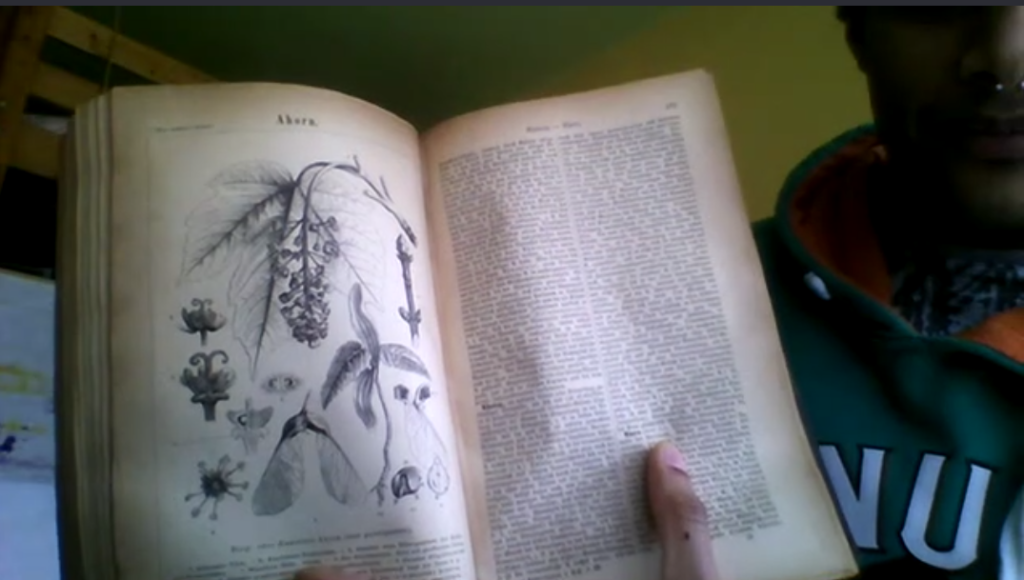 His passion for collecting inspired Julien to create an encyclopaedia for his own world, the kind of work the Piketjury praised and described as “dreamy and accurate, almost meditative and yet explicit”. This conflict characterizes his style, which continues to change, and is part of his compulsion to experiment. And that leads to innovation: where he had not yet found a real connection in his work, now he has. “Previously, I was only producing, I did not really know what my work meant.” 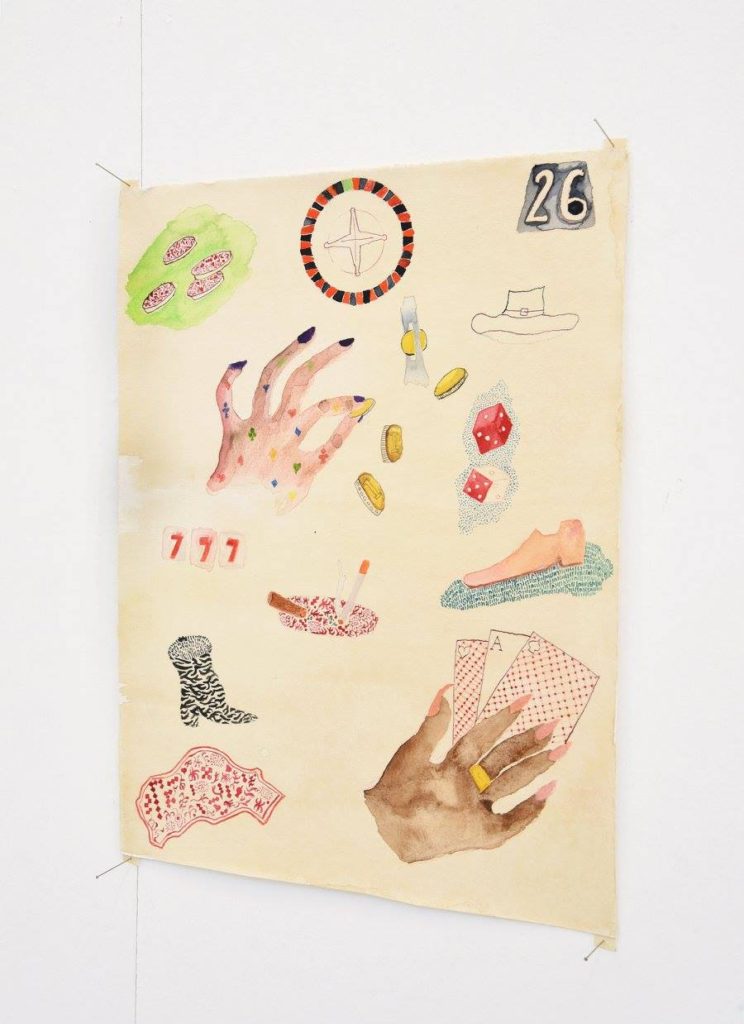 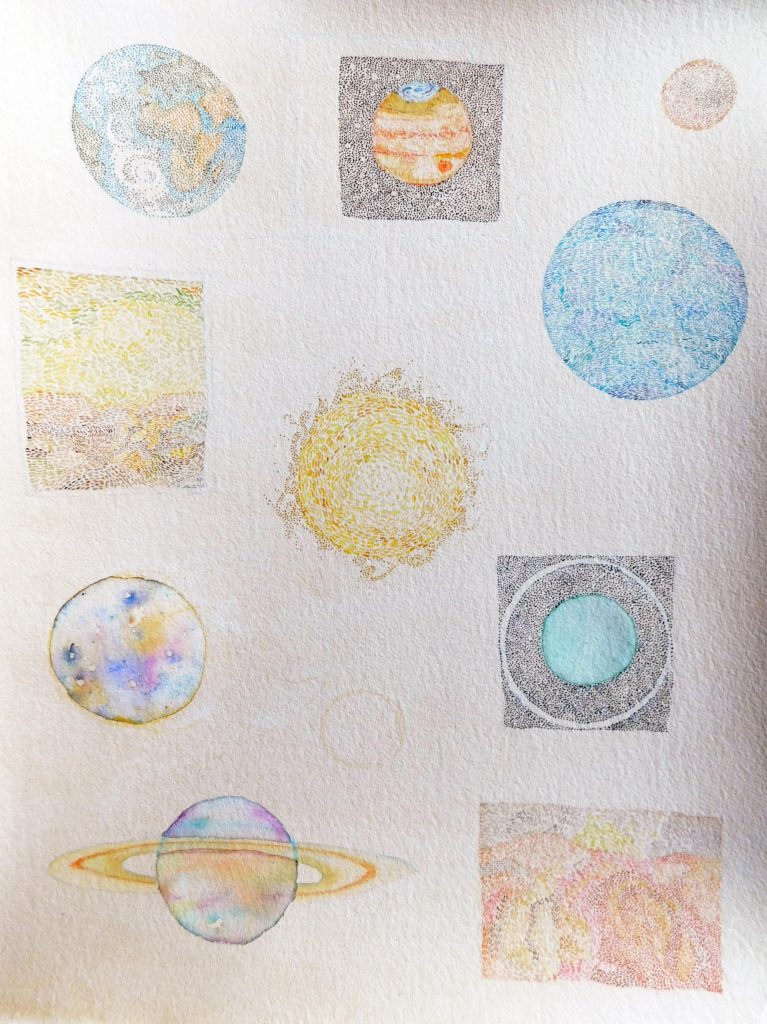 He describes his work as a kind of maze: people have to find a way to decipher it. “I want people to recognize something about themselves in my work, there is no clear statement yet and I do not know if I want to. I like to be unclear and leave room for self-reflection. That’s very important for me.” Additionally, his drawings are now placed further apart. “If you fill everything with frills, you confuse the viewer, they will say ‘oh, what a color!’ But they won’t get any further than that. ‘ He tries to make his audience think more, he does not want to tell everything anymore. “I want them to connect the objects and create their own story around it.”

One foot in the real world, the other in art

If he is not looking for new worlds, he works at Lafayette, the Parisian version of Dutch department store de Bijenkorf. “I think it’s important to have a job and a base and also to stand with one foot in the art world. I want to stay connected with reality.” The days he doesn’t work, he starts with documentaries and biographies about other artists: Brueghel, Matisse, Velazquez. “I want to know how they lived, it gives me direction and teaches me life lessons. For example, take Rembrandt, whose wife and son died at a young age. His paintings teach me these hard lessons in life. I have to be aware of what preceded me. I need to know these kinds of things. You can almost discover yourself through them.” 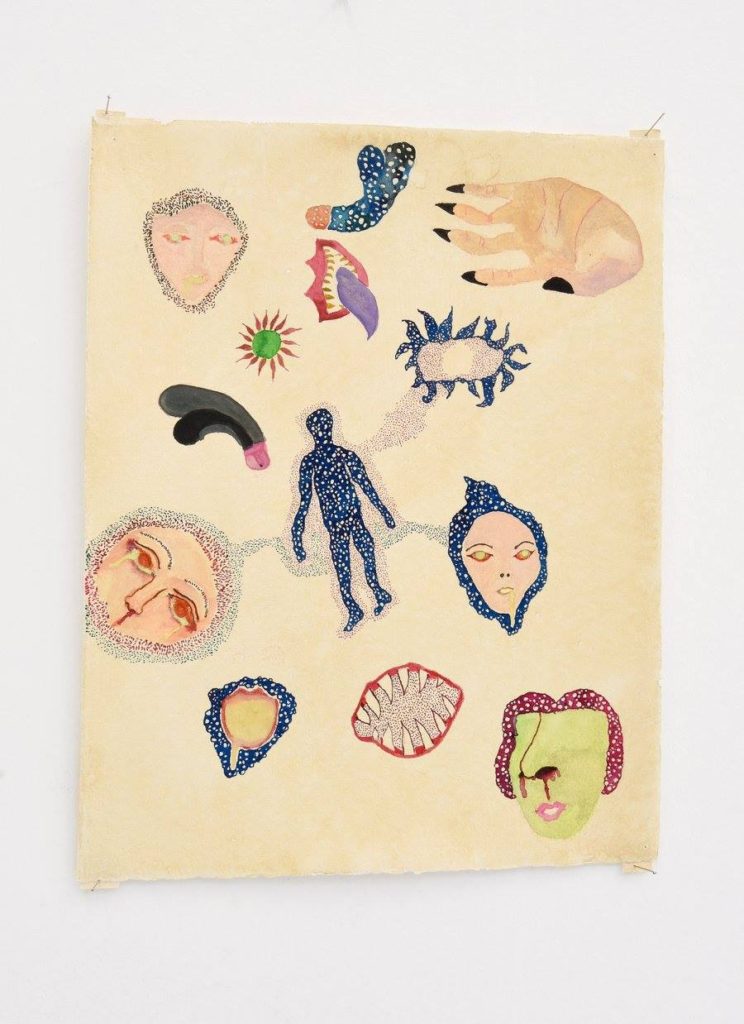 After that, he goes to the drawing board, or takes art trips. He recently saw an exhibition about outsider art at the Maison de Victor Hugo museum. “Much of the art was made by people with mental problems. It was fascinating, but also shocking, and only psychologically confused people can draw these lines in this way. Normal people do not reach this level of sensitivity. It was the representation of their obsessions and what went on in their heads. That made it so disturbing, you saw what they thought.” 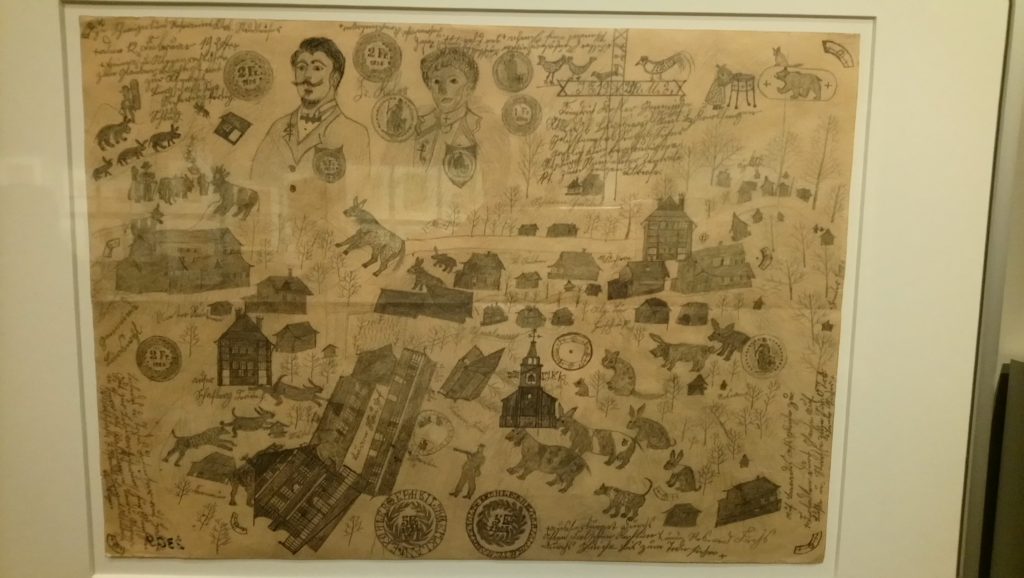 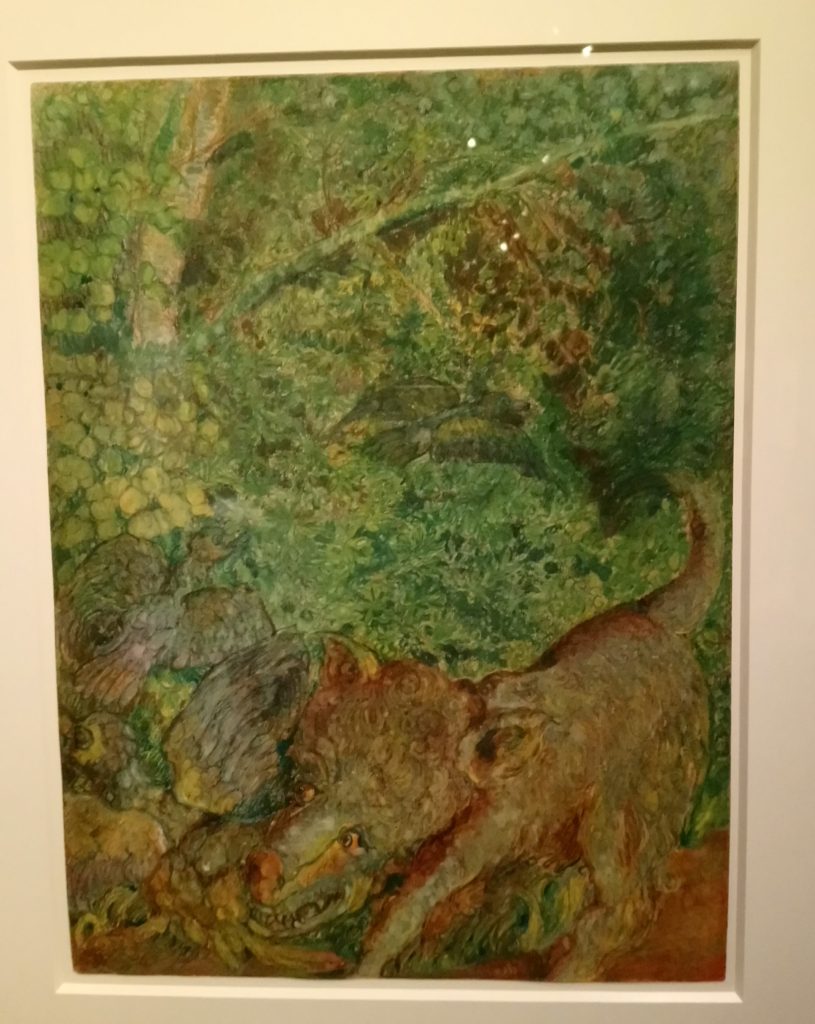 Receiving the Piket Art Prize was an honour for him, Julien recalls. “It was a recognition from the art world for all the effort I have done for my art. So I have been extremely touched.” In addition to collecting, working and experimenting, Julien is working the exhibition route both in the Netherlands and elsewhere: he has exhibited in the art gallery of the De Melkweg pop venue in Amsterdam and has worked with Debbie Young (Piketwinner painting, 2016) for a group exhibition in Glasgow, Scotland. “It was great to work with her and to be in contact with other artists. It gave me a taste of life as I had expected: to be connected to the world without borders. I am very happy that we have managed in working in different places.”