Poernima Gobardhan (29), one of this year’s Piket Art Prizes nominees, has been fascinated by Indian dance from a young age, especially by the classical Indian dance style Bharata Natyam. She not only dances and creates, but has also been conducting her own dancing school in the The Hague Laakkwartier since she was fifteen.

“I always was serious and ambitious,” Poernima says. Seeing her hard work rewarded with a Piket Art Prizes nomination, is an enormous incentive. “I was moved to tears when I heard the jury’s comments.” In the jury video, jury members Stacz Wilhelm and Isabelle Chaffaud state that Poernima “is at a crucial junction in her career.” “We would like to encourage her,” Wilhelm explains. “If she can continue on this path we see her playing an important innovative role within Indian dance in the Netherlands.”

“It has been a very long way to arrive at where I stand now. It’s not always easy to be different,” Poernima says about her niche. But she never even considered switching to a more mainstream style. “I want to remain loyal to myself, especially in a world where other dance styles are dominant.” She did think about auditioning with Codarts, but in the end decided to stay off the beaten track.

Poernima was nine when she first saw a Bharata Natyam performance. “I was immediately impressed by the dancer’s skills.” She exchanged gymnastics for modern Indian dance. “My father’s mistake… he thought that was the dancing course I had in mind.” She changed over to the classical style later, and took part in various training courses.
As a teenager Poernima was asked to teach dance as a substitute at a The Hague community centre. “I loved it. I realized I could genuinely teach people something.” It was a great success and became quite a serious enterprise, so she decided to register with the Chamber of Commerce. “I started my own dancing school when I was fifteen. First on the site of the PIP club at the Binckhorst, now at the Laaktheater.” The school is called Pretima Ke Dewashrie, which stands for ‘image of divine beauty’. People of all ages are welcome to take part in Indian and belly dance classes; in addition there are movement lessons for the elderly. “I was young and I thought ‘I can share what I have learned’.” When she was seventeen Poernima participated in the television programme So You Think You Can Dance and, together with her students, in Holland’s Got Talent. “It was a nice experience, but I don’t feel at home in the entertainment world,” Poernima says. 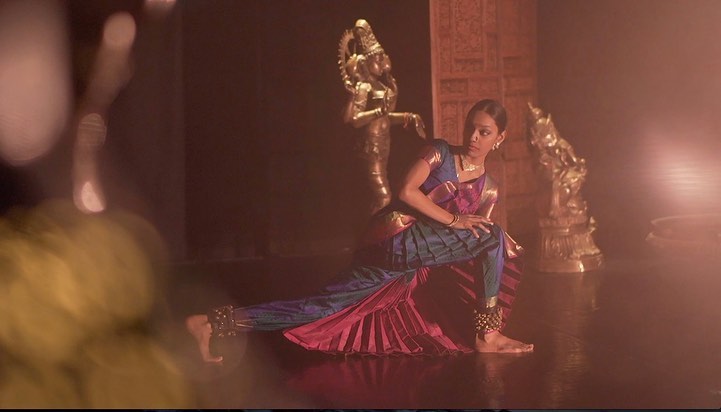 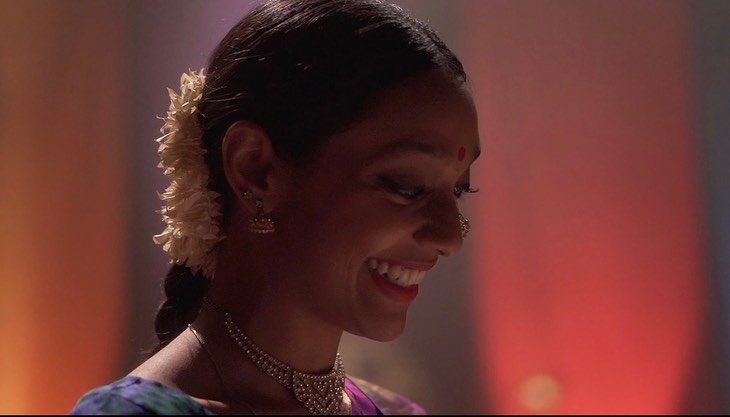 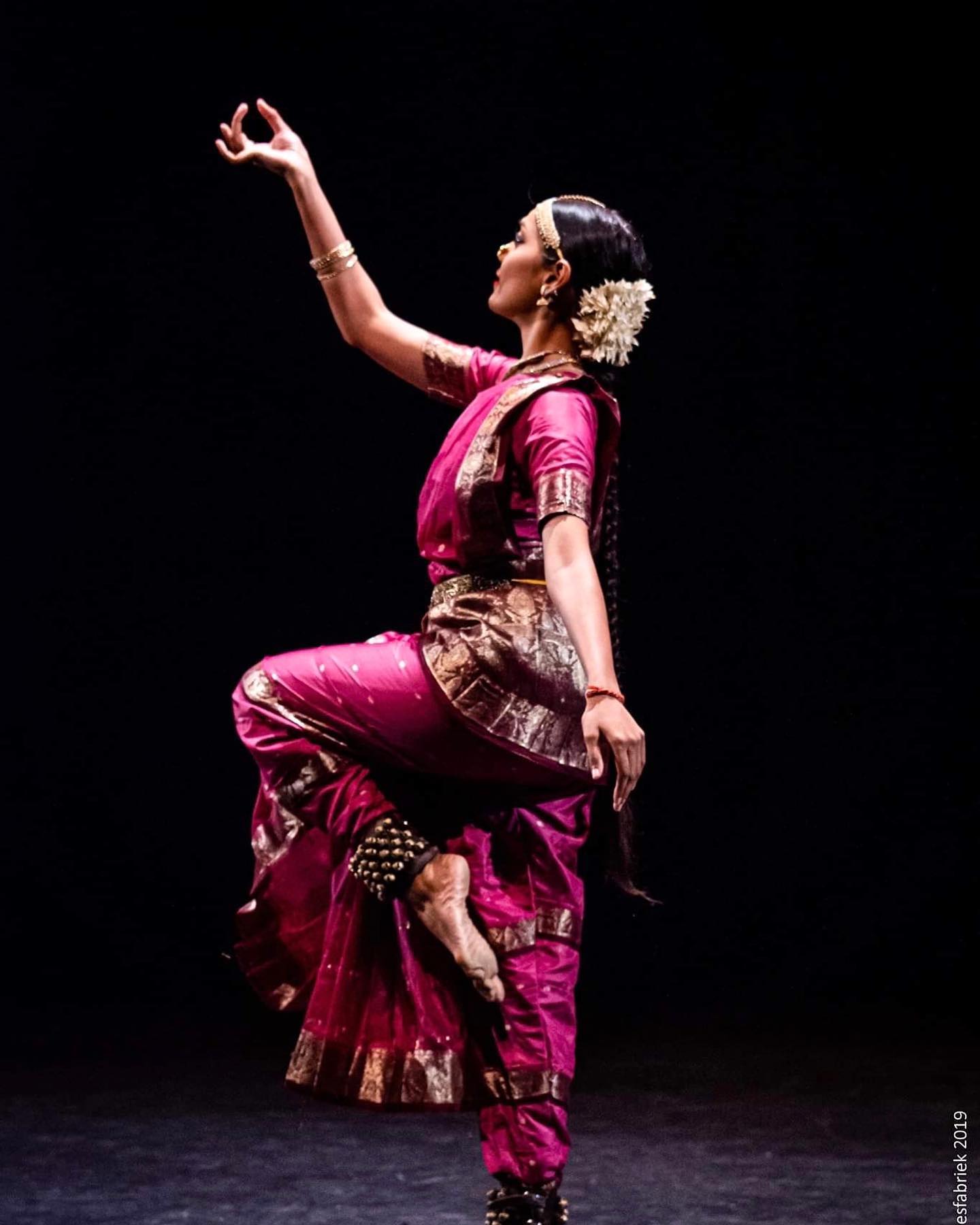 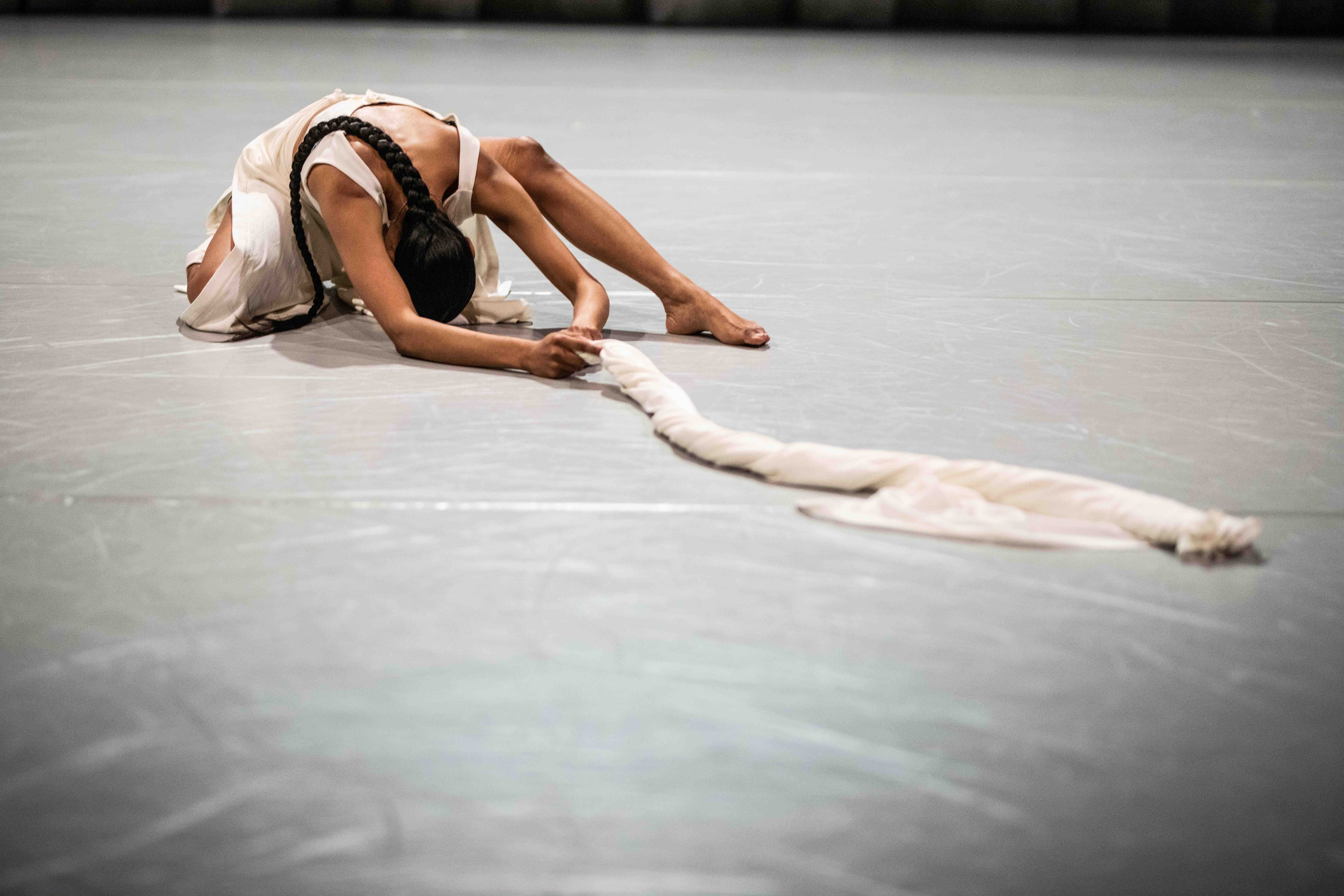 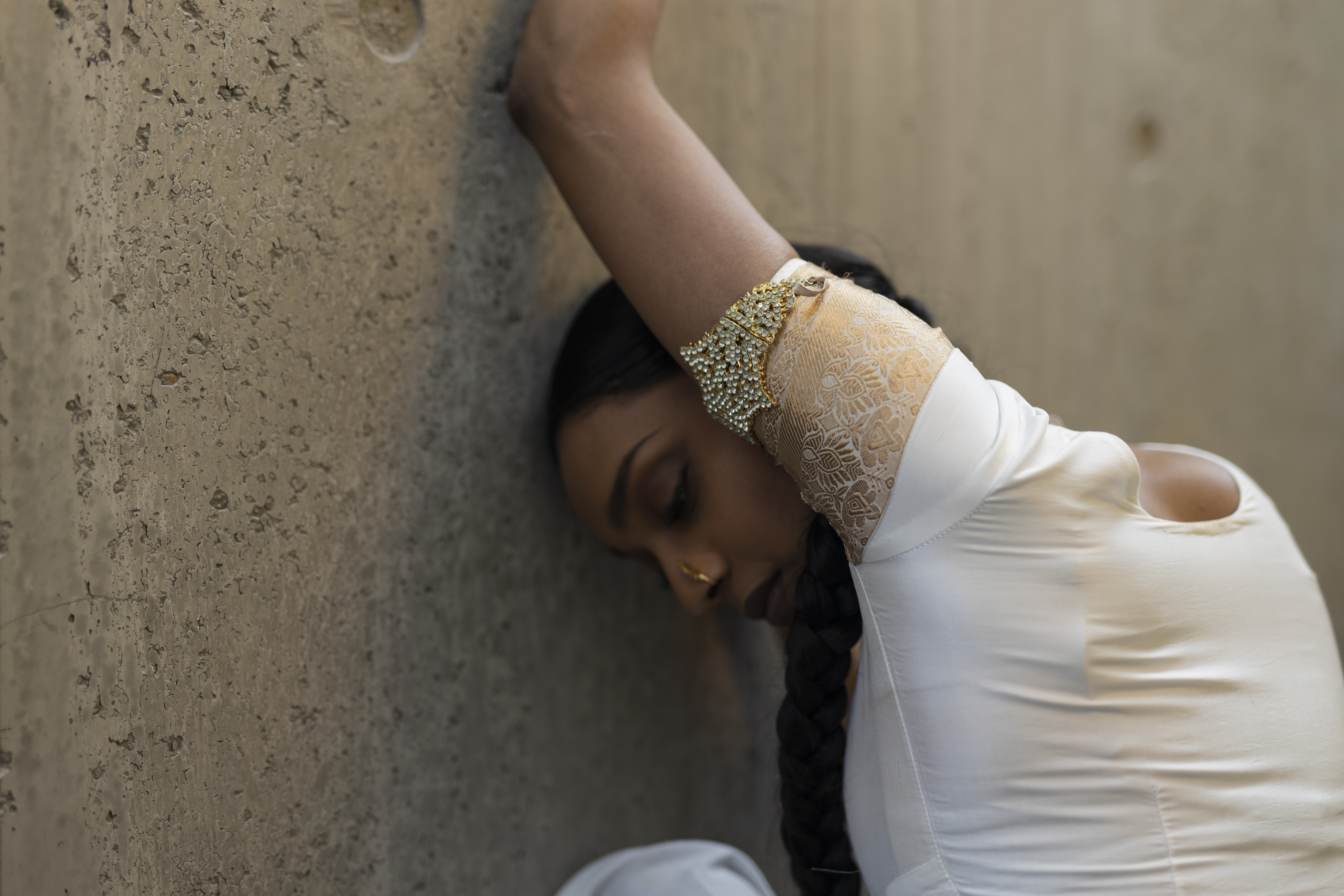 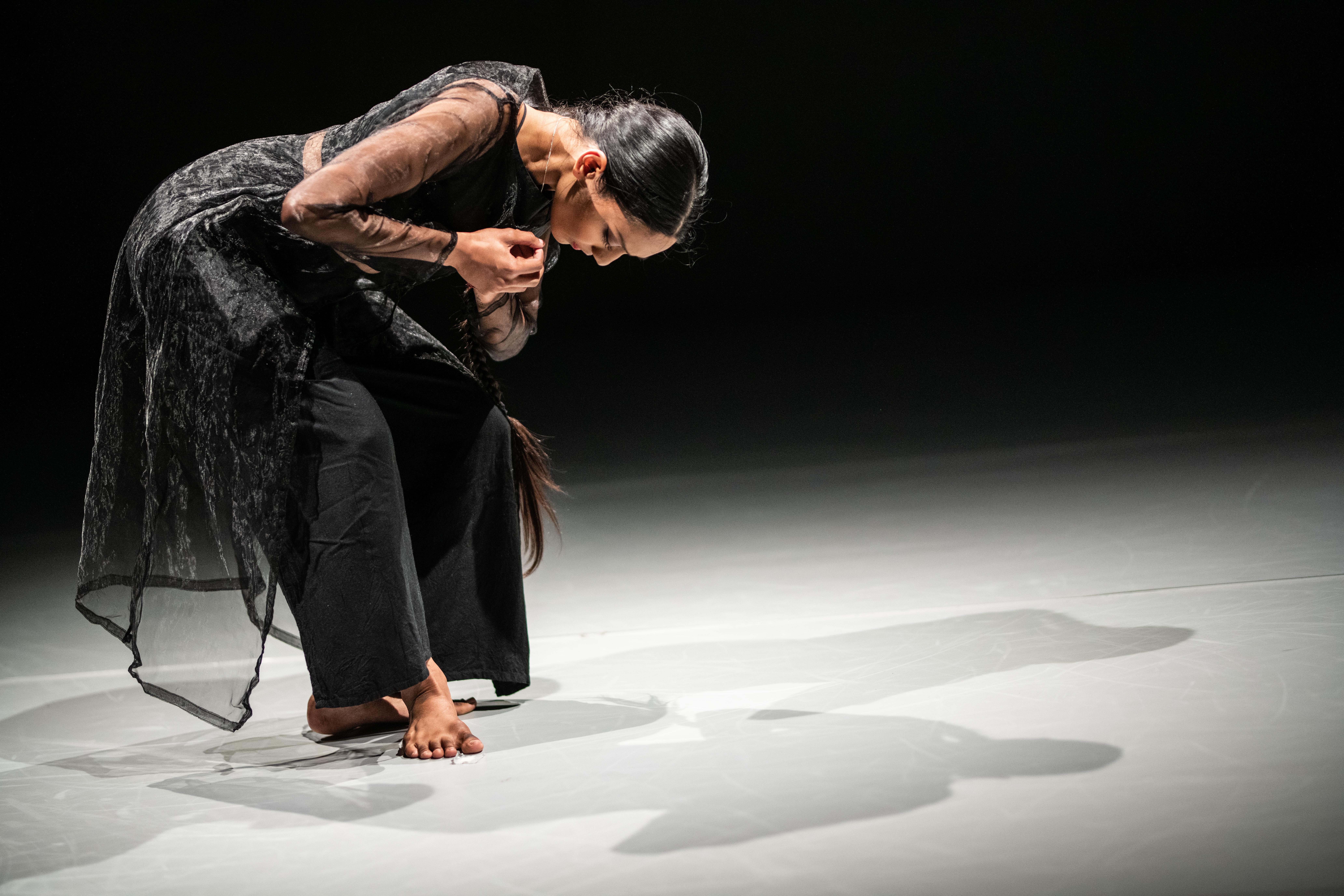 ‘I have to dance’

Poernima shifted her focus from the fulltime running of her school to making her own solo performances. “Bharata Natyam is a soloist style. I have been doing this for about five years now, teaching one day per week. I have to dance. It helps me to stop thinking; my head never stops.” The female image is a recurring theme in her work. “My earlier performance, Mata, was about the quest for female power. I am now in the middle of research for a new performance, Kali, which will be premiered at Korzo in May of next year. I would like to involve male dancers in the rehearsal process.” The 8,000 Euros that are part of the Piket Art Prize would be of great use here “to take the next step. For this production I will also work with live music. I used to do everything myself, except for the help I received from Leo Spreksel for the direction.”

It’s Poernima’s aim to remove Indian dance from the ‘exotics corner’. “I find that people know little about it, and hardly look beyond the sari and the long hair.” She would like to put Indian dance on the map. “I have a clear image of what I want, a vision.” She will continue as long as she finds pleasure in what she’s doing. “Indian dance is not age-related. On the contrary, it’s beautiful to show a mature body. And besides, as they say in India, ‘the older you get, the more prestige you have’,” Poernima says.