The Piket Art Prizes in times of corona (18): Sara Koning

Until 1 June theatremakers, actors, artists and dancers are forced to sit at home. As part of the official measures aimed at keeping the spread of the coronavirus under control, exhibitions are off and performances have been cancelled. What do these measures mean for Piket Art Prizes’ young artists? Part 18: Sara Koning.

Sara Koning, 2014 nominee in the Painting category, has exchanged the easel for living canvasses. For some years now Sara works four days a week as an independent tattoo artist at Ink District in Amsterdam. However, as a result of the corona measures, she was, until recently, unable to work. “I’m so happy to be back at the tattoo shop,” she says. “Health measures are really strict, though. There must be 1.5 m distance between work stations, and we work with surgical masks and gloves.” Discussions with customers about selecting tattoos are held via Skype. During the two months Sara was unable to work, she has thrown herself into painting. “I did a fair amount of work, and sold several things via Instagram. Fortunately, I had some savings and I was eligible for the special financial arrangements for the self-employed,” Sara explains. 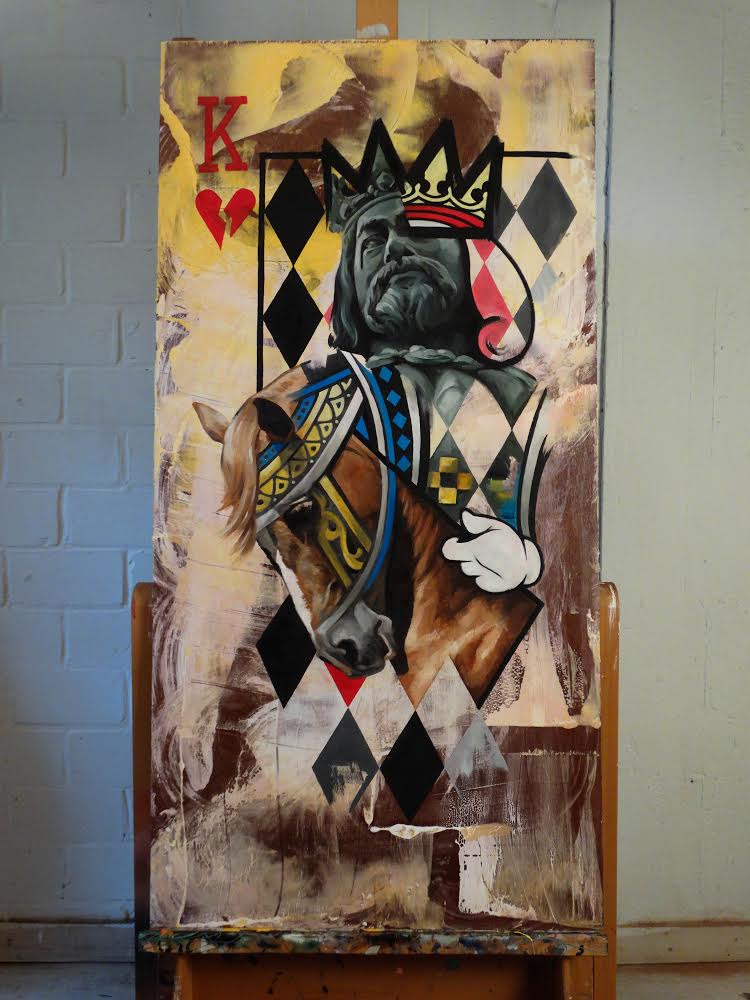 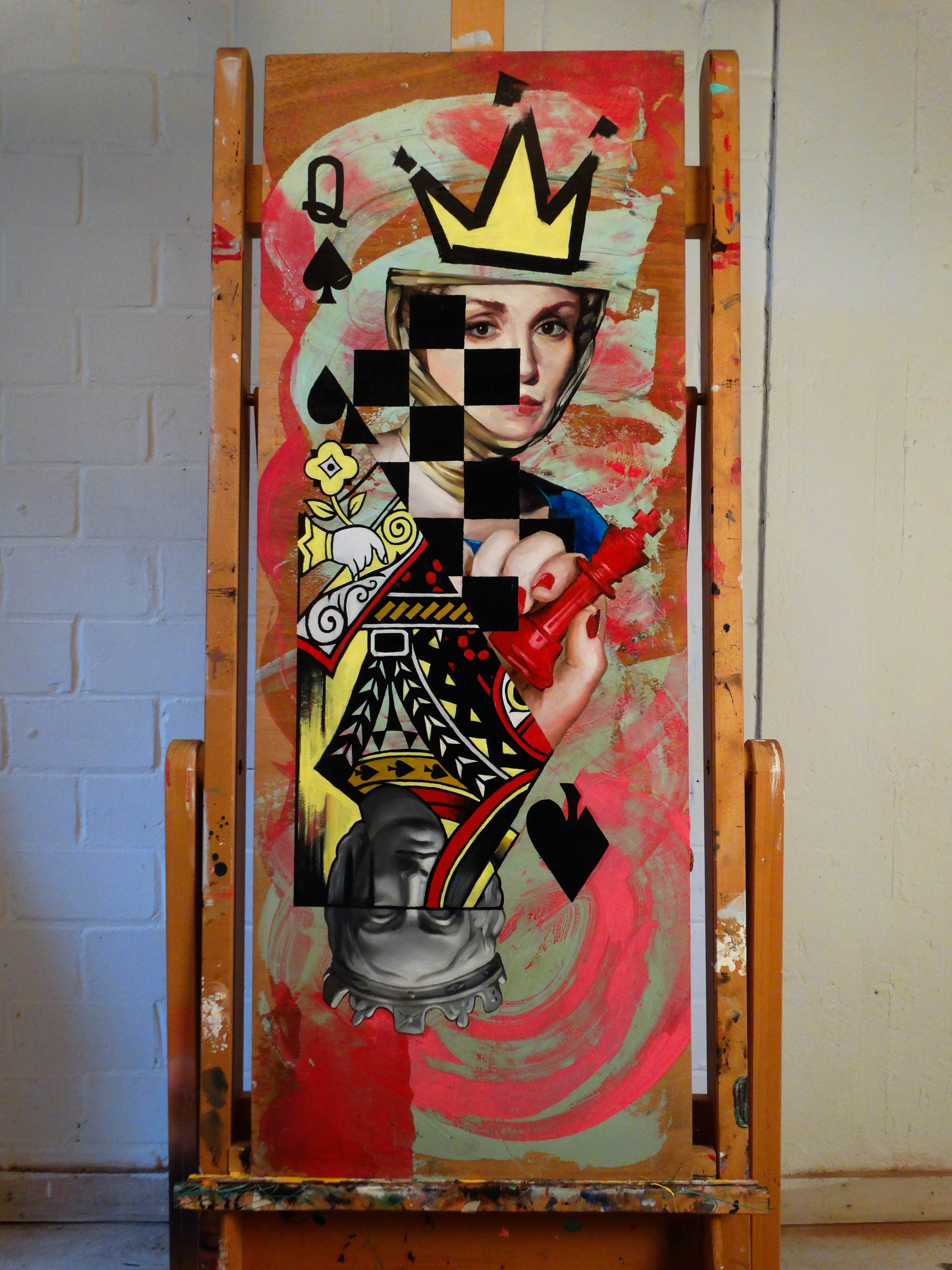 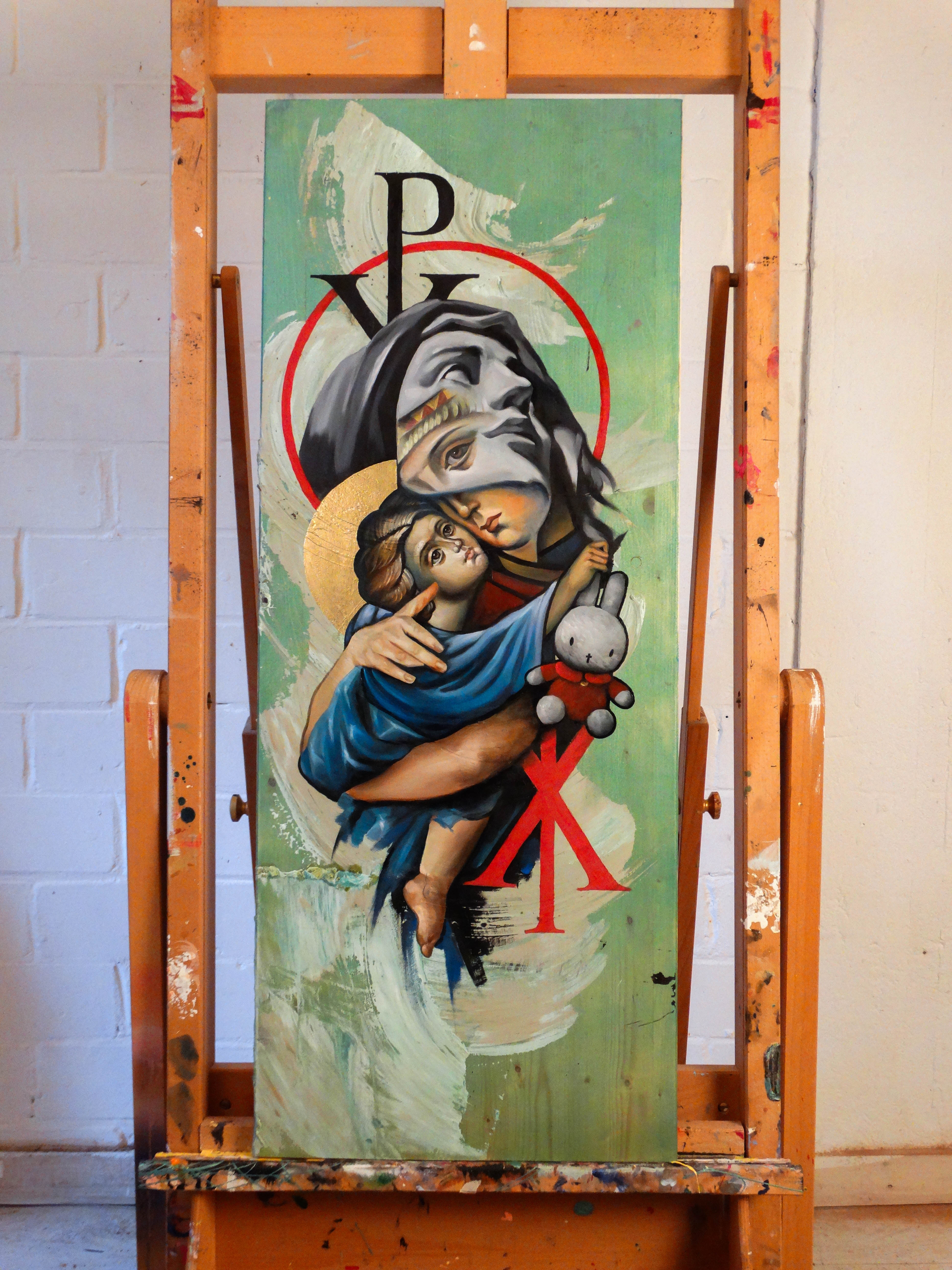 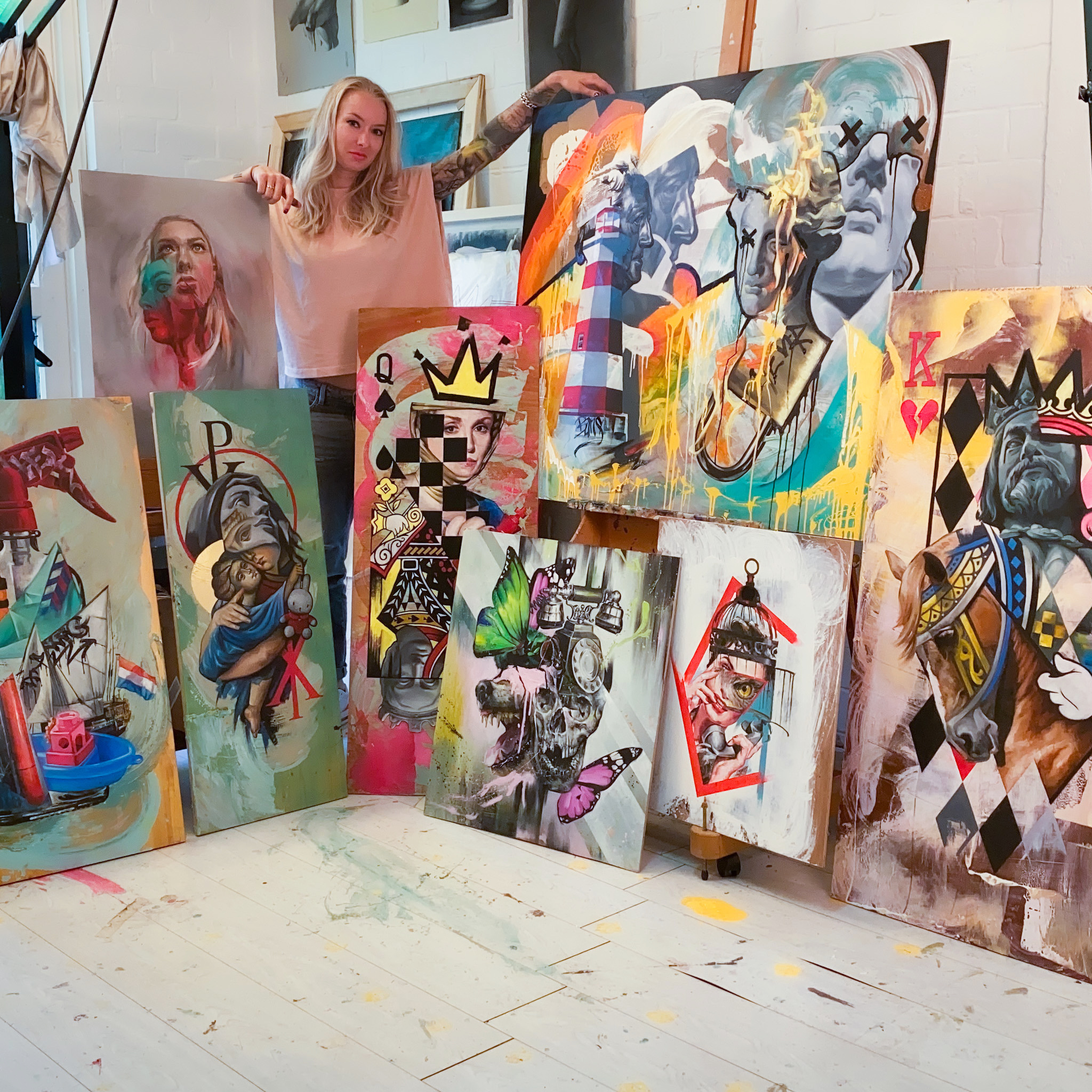 Sara is not bored and divides her time between her studio and the tattoo shop. “I spend one or two days per week in my studio. I submitted two works for the Royal Award for Modern Painting. I hope to hear more about this in mid-June,” she says. Tattooing has been part of Sara’s life for a number of years now. “After I’d finished my studies, I took my portfolio and went in search of a shop where I could be an apprentice.”

Sara had been interested in the art of tattoo for some time. “When I was fifteen, I designed tattoos for my brother’s friends. It was love at first sight. It’s another outlet for my creativity.” However, the social aspect of tattooing also appeals to Sara. “Painting is much more of an inner process, without outside influence. And it’s hard to make a living from you work. It’s a combination of hard work and luck.” Sara thinks she now has the best of both worlds. “Applying a tattoo demands a great deal of attention to detail and finesse. It’s all very well to have a concept, an idea, but a tattoo must look good for life.” Sara has a good amount of tattoos herself. “I don’t know exactly how many, but I have a sleeve on one arm, and most of the left side of my body has been tattooed.”

Sara’s ideal future would have fifty percent of painting and fifty of tattooing. “Whatever happens, I will always paint or draw, irrespective of income.” She would also like to go back to Italy, where earlier she took classes in the classic seventeenth-century style for a year. “That was very intensive. Classes lasted from nine in the morning until seven or eight in the evening.” No shortage of customers at the tattooshop. “I make enough to get by and it’s really satisfying from a creative point of view.” Sara doesn’t mind the corona limitations. “It may be a little less social, but that’s a small price to pay for your health.”