The Piket Art Prizes in times of corona (35): Ciro Duclos

Theatre makers, actors, visual artists, and dancers are much affected by government. measures to keep the corona virus under control. What is the impact of these measures on the young (former) nominees and winners of the Piket Art Prizes? Part 35: Ciro Duclos.

Ciro likes to challenge the way people look at art and to thwart viewers’ expectations. He for instance turned a pair of old work gloves into sculptures by pouring concrete over them and included them in an exhibition. “You saw people asking themselves, ‘is this part of the show?’ It’s not always obvious”, Ciro says. “I like throwing new light on everyday objects.” He takes a good look at the function of objects. “Sometimes you only need small interventions to create something new. For my graduation exhibition, for example, I used some of the Royal Academy’s old windows, set them up in a room and slightly adapted them, amongst others with coloured glass.” 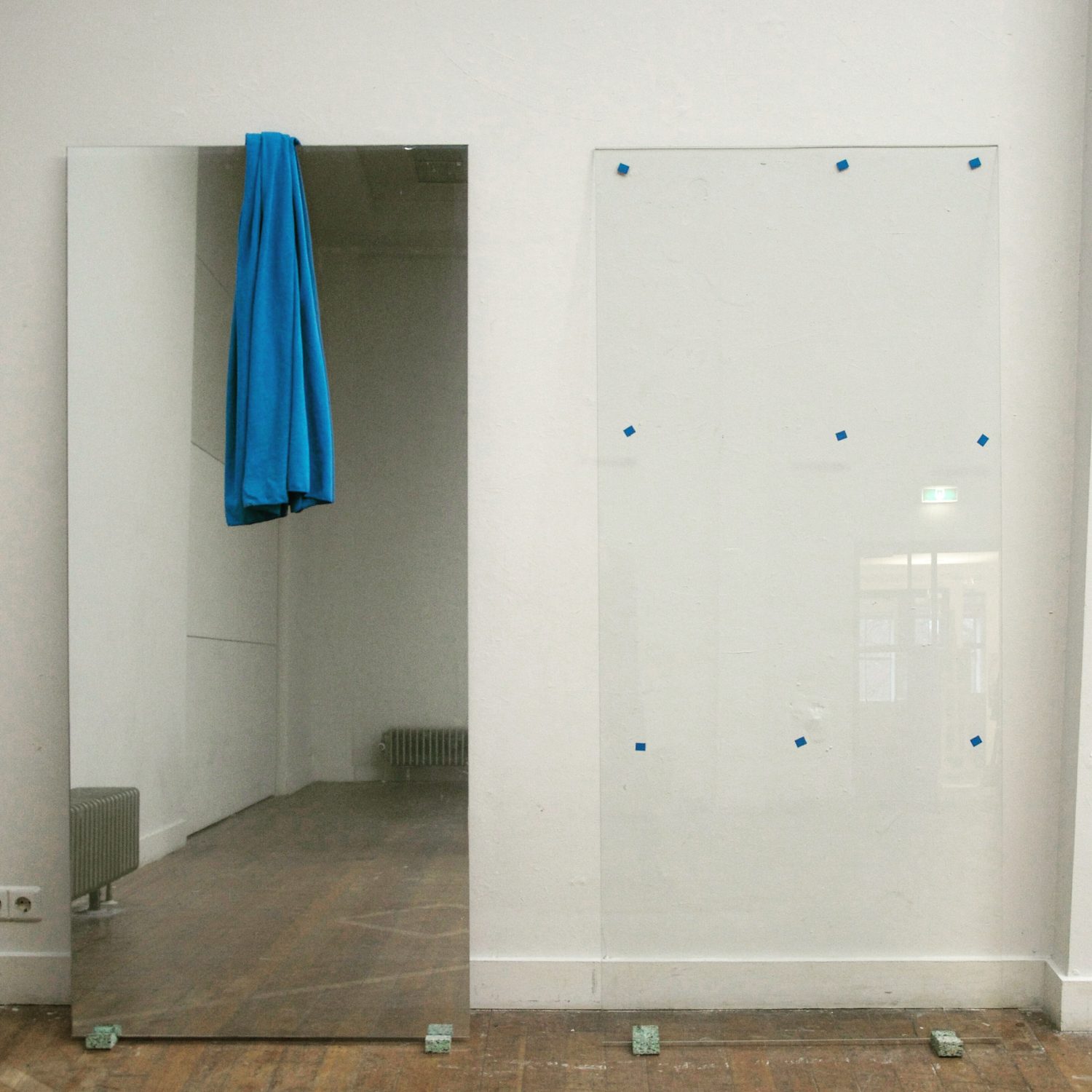 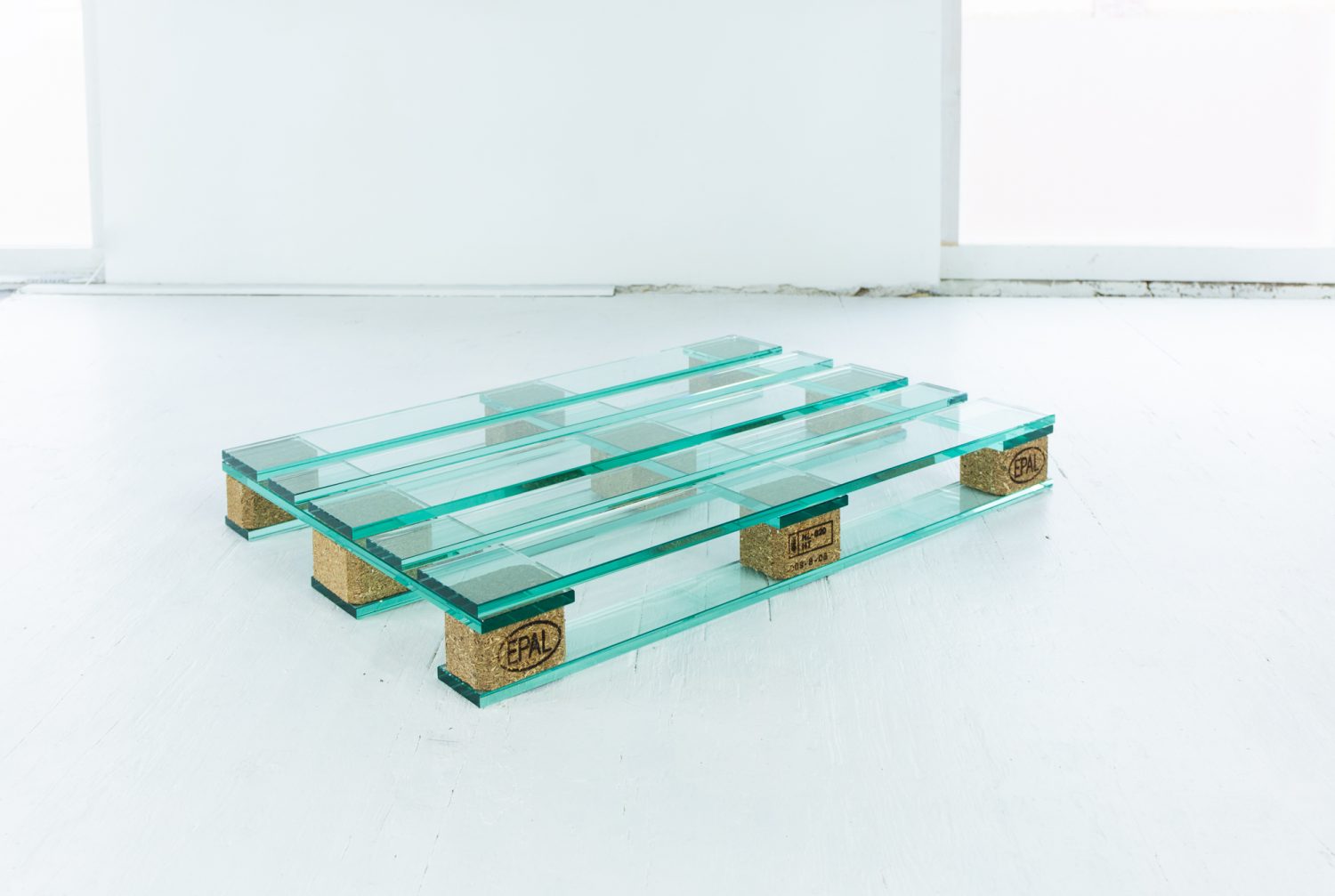 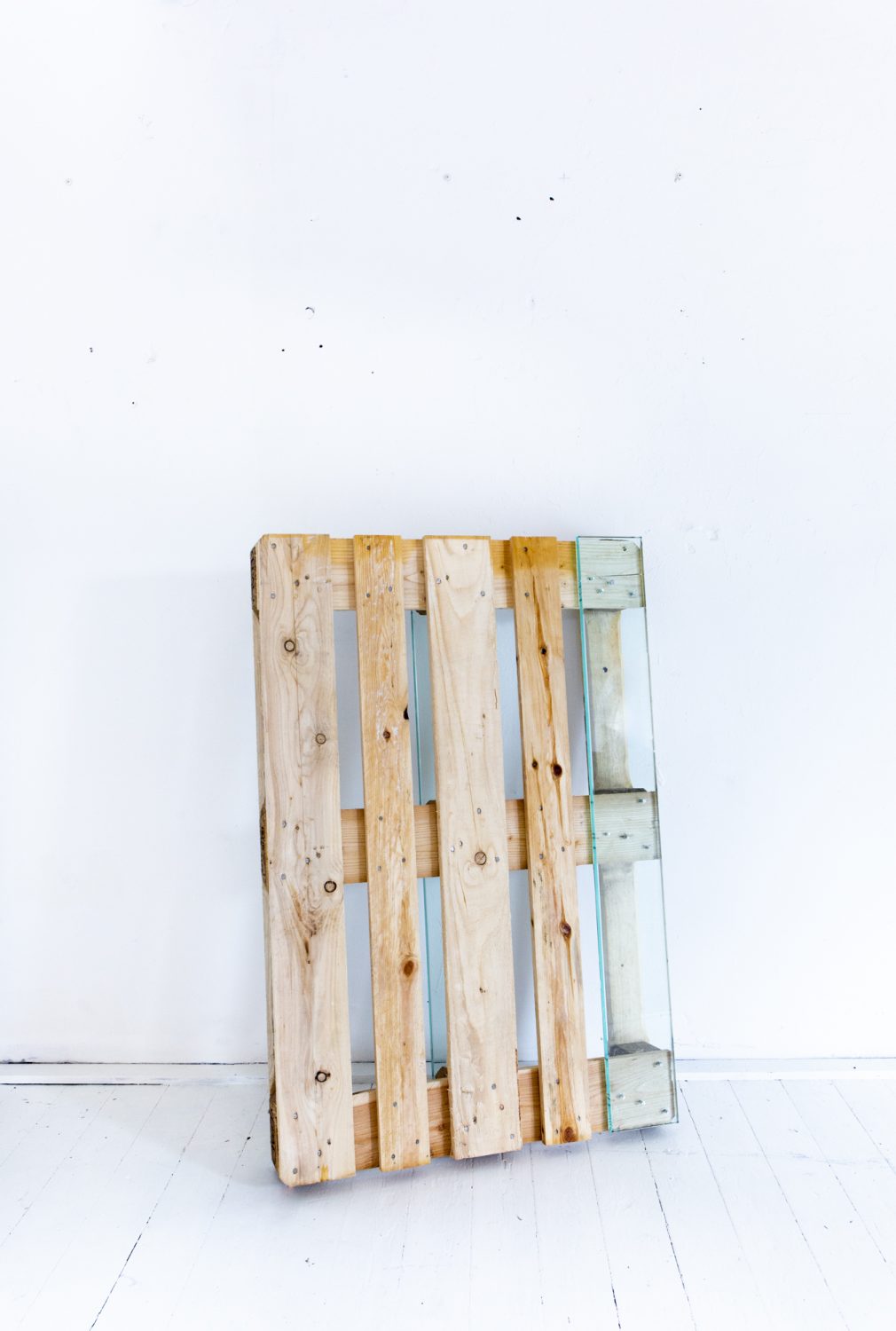 Looking back on his childhood, he thinks he always had an artistic calling. Ciro was born into a creative family with a Peruvian father and a Dutch mother, both dancers. “Ciro is actually a Neapolitan name and it’s not quite clear why my father has a French surname, so people are sometimes a little confused.” Ciro was born in Amsterdam but studied at the Royal Academy of Art in The Hague. “At first I wanted to paint, but I soon found out that I preferred to really work with my hands. The labour-intensive aspect of plastic, sculptural work appeals to me, but once in a while I. return to painting. I like to challenge the viewer, to wrong-foot people. Think, for instance, optically adapting the size of a room.”

March of this year saw Ciro’s first solo exhibition, I Heard Corn Was Purple Once, at Kunst Kapel in Amsterdam. He presented large columns in which he had incorporated his studio’s rubbish. “I collected my rubbish in a large mould, so the columns have layers showing what I have been doing recently. You could see it as a kind of map.” Ciro used the lockdown period to give his studio an overhaul. “It was something we had planned to do for a long time. We’ve actually just finished the operation.” The crisis has given him more time and space. “I take better care of myself – eat well, sleep well.” He doesn’t worry too much about the outcome of the corona crisis. “I’ve always been creative when it comes to matters of income, but of course these times are difficult and sad.” He is happy, though, that things have slowed down. “I have more time for reflection now. I really needed that. I had been working so hard.” 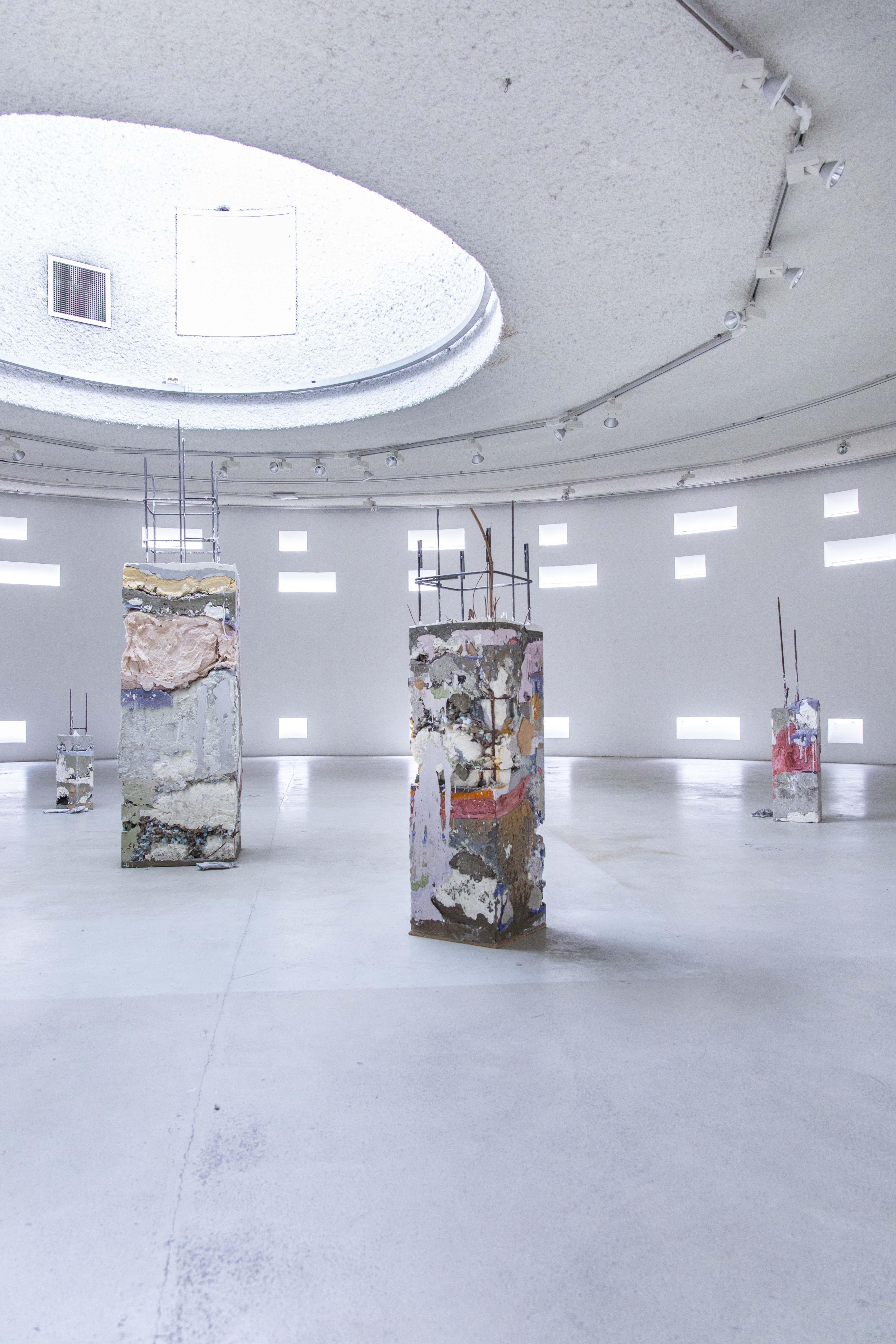 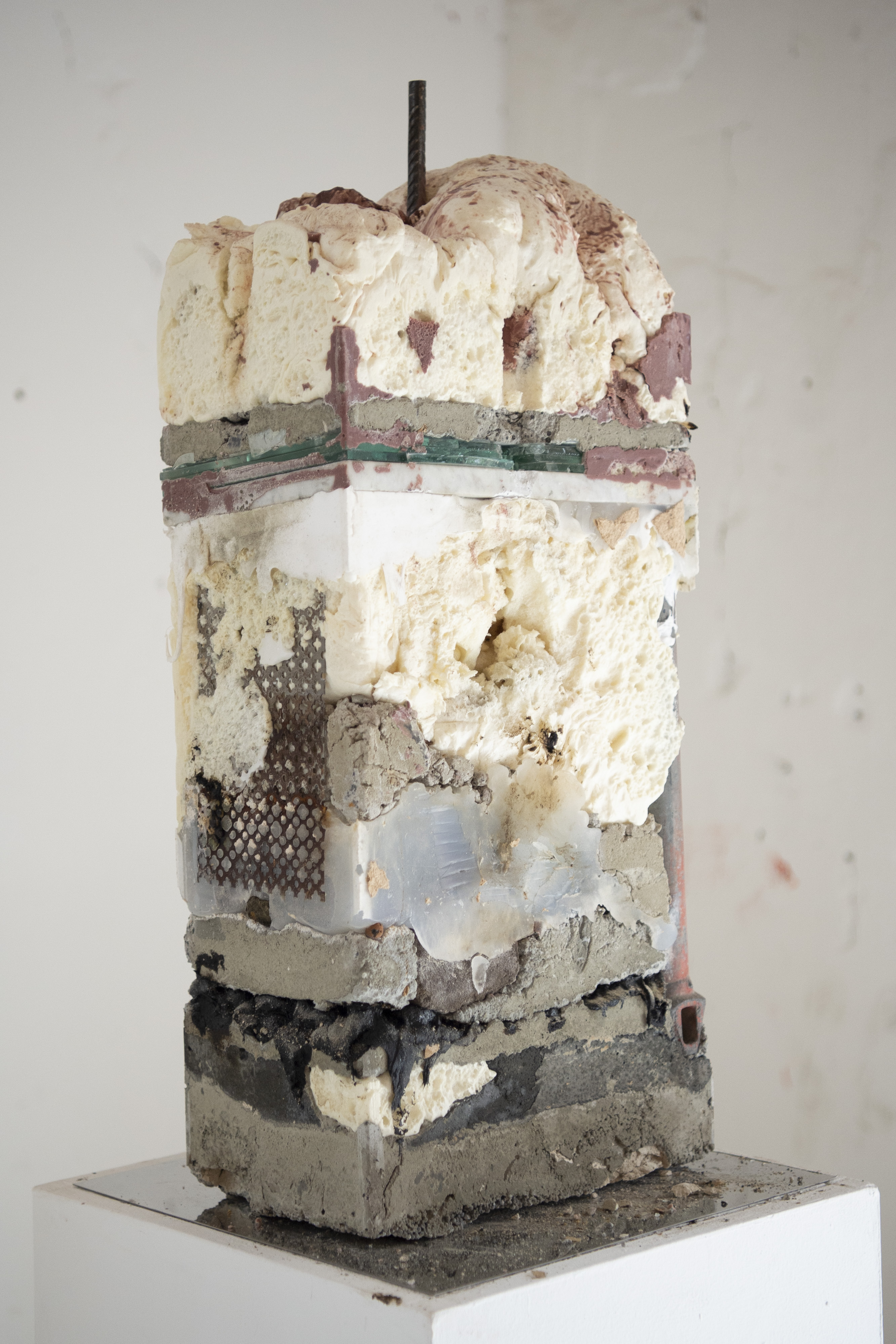 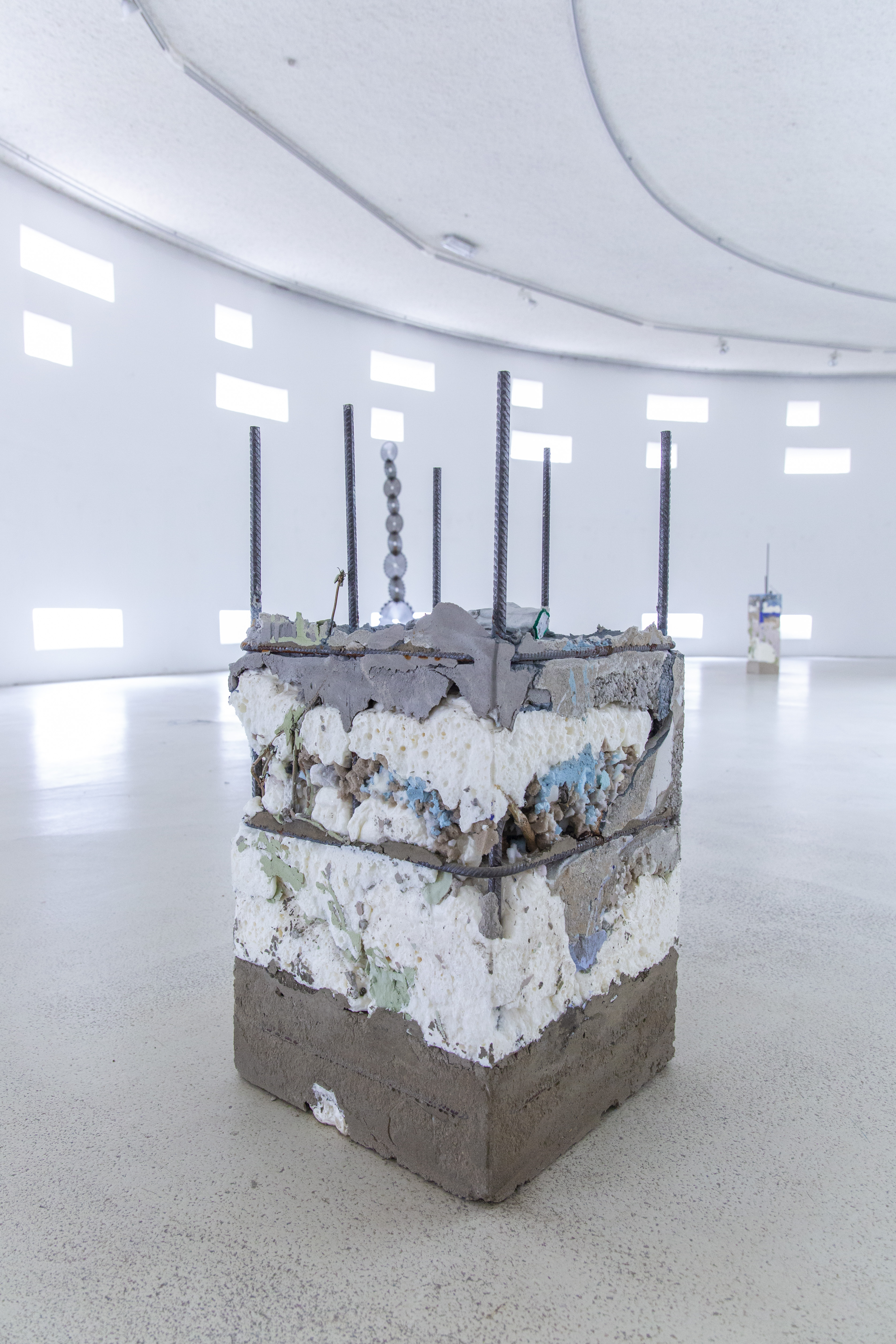 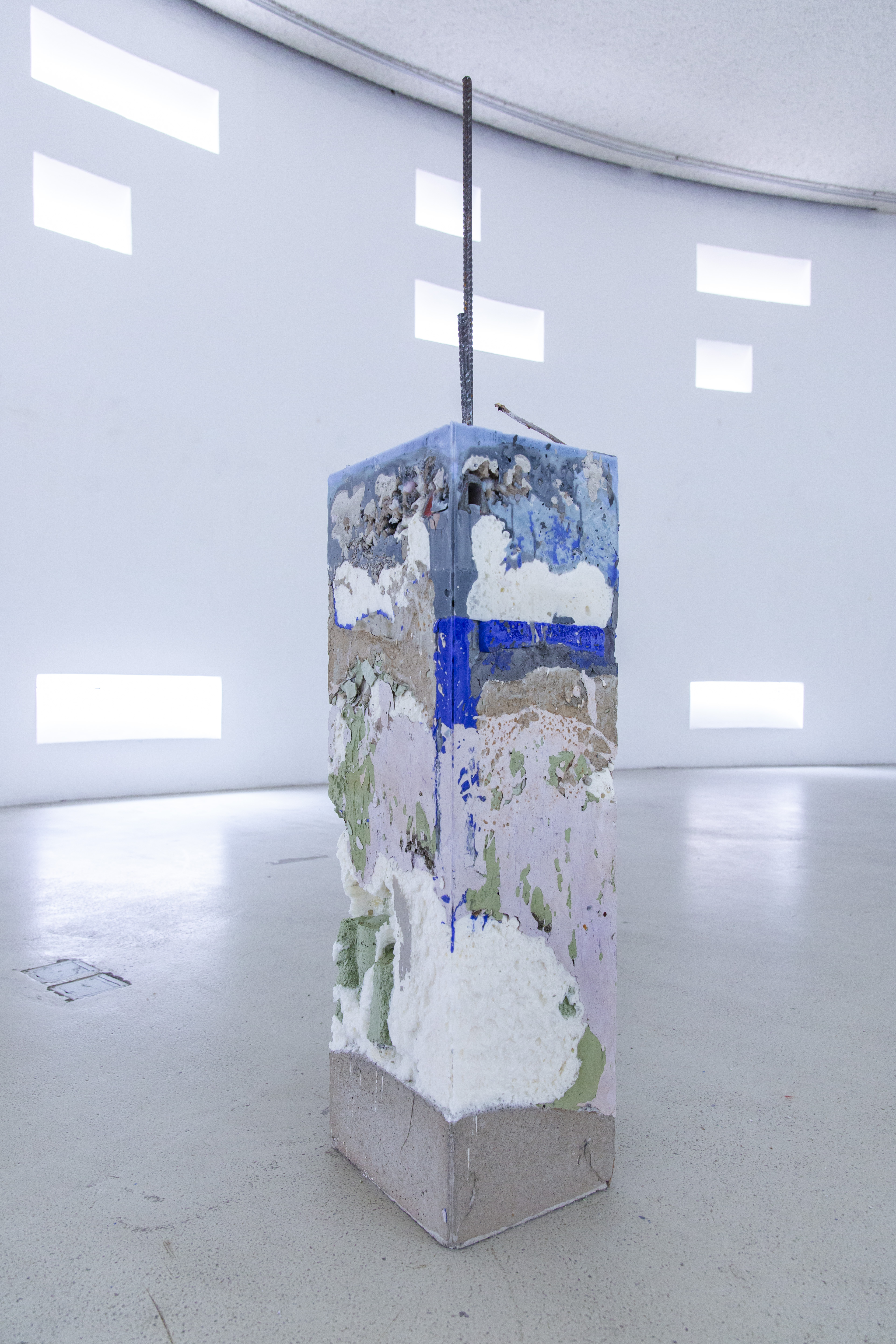 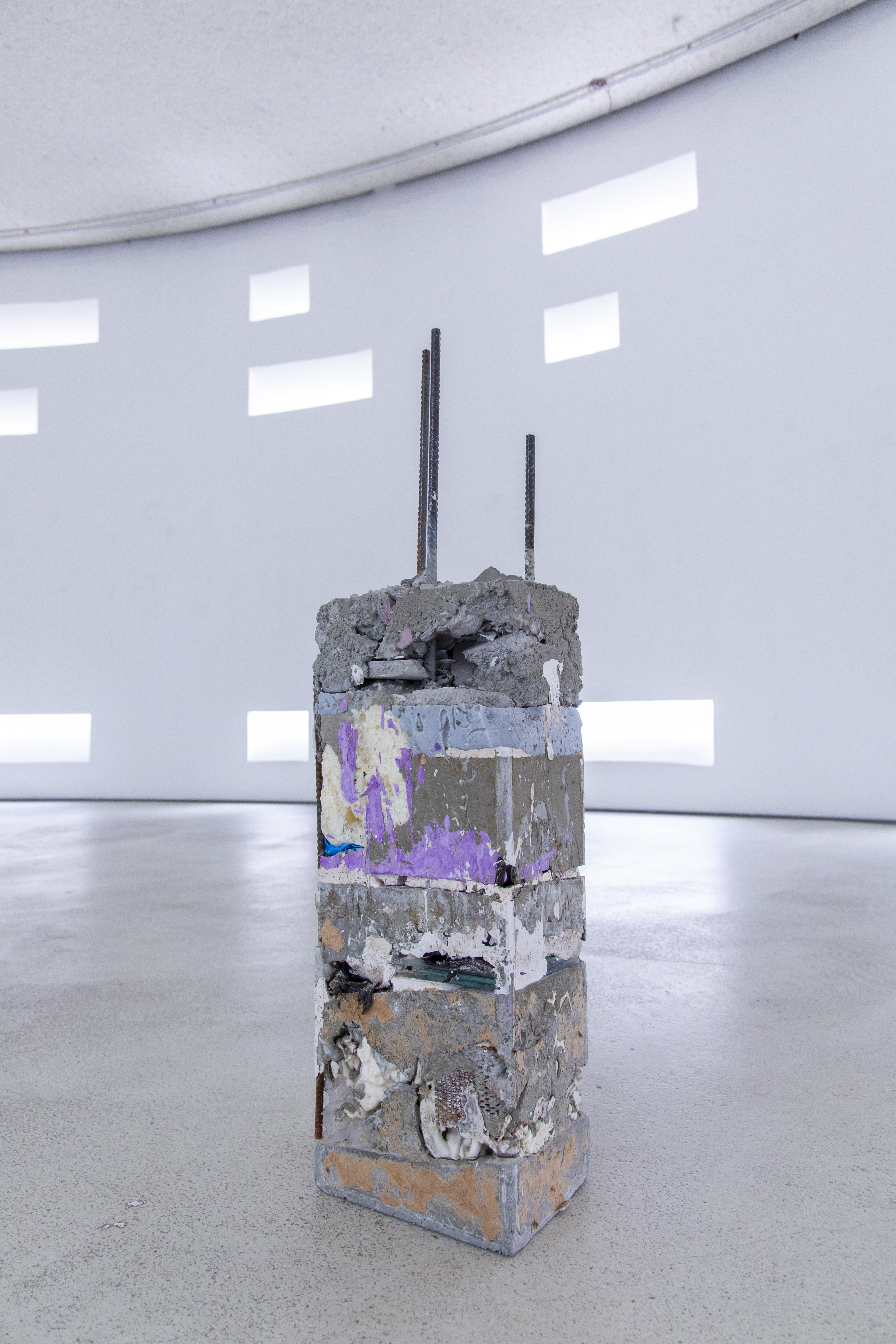 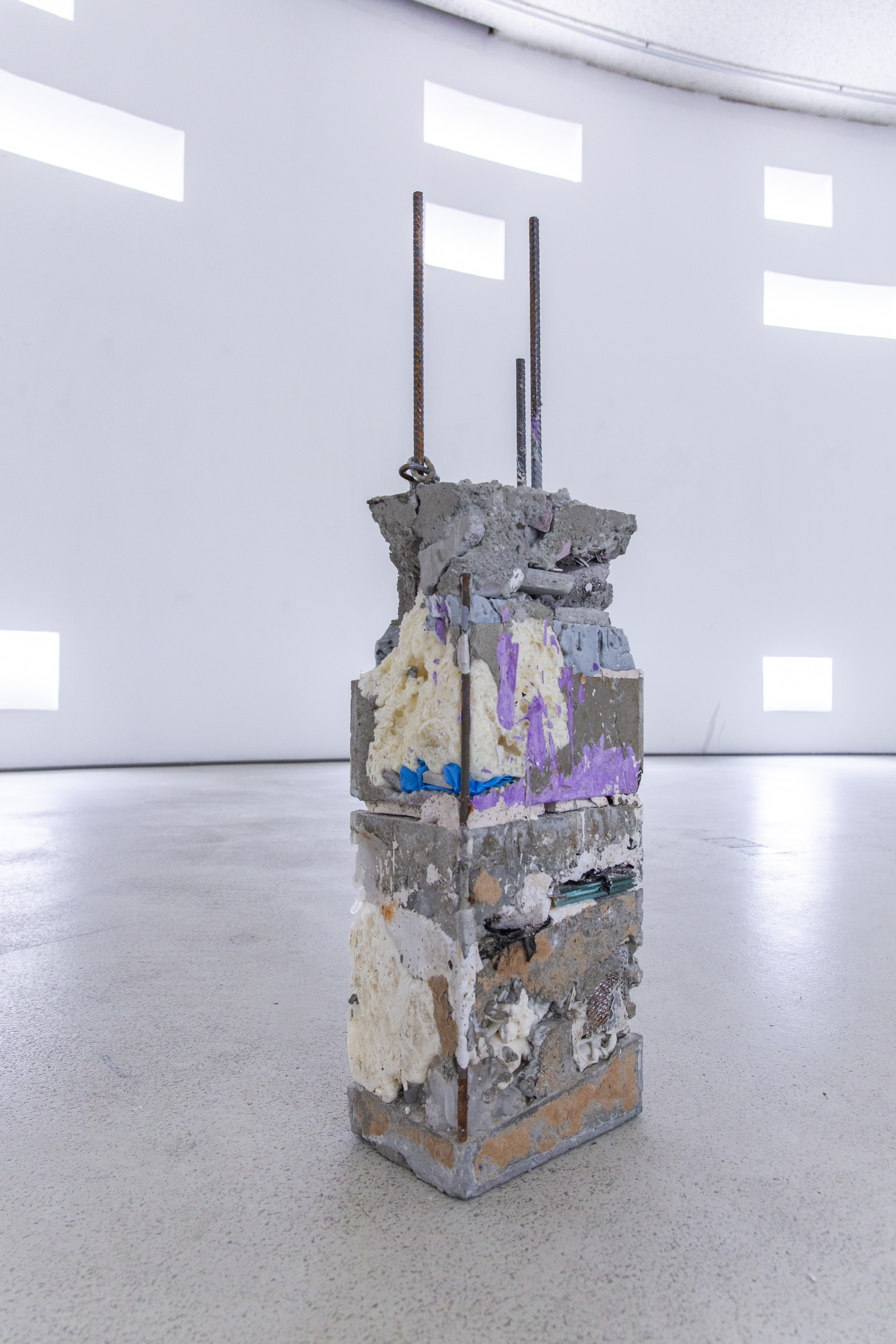 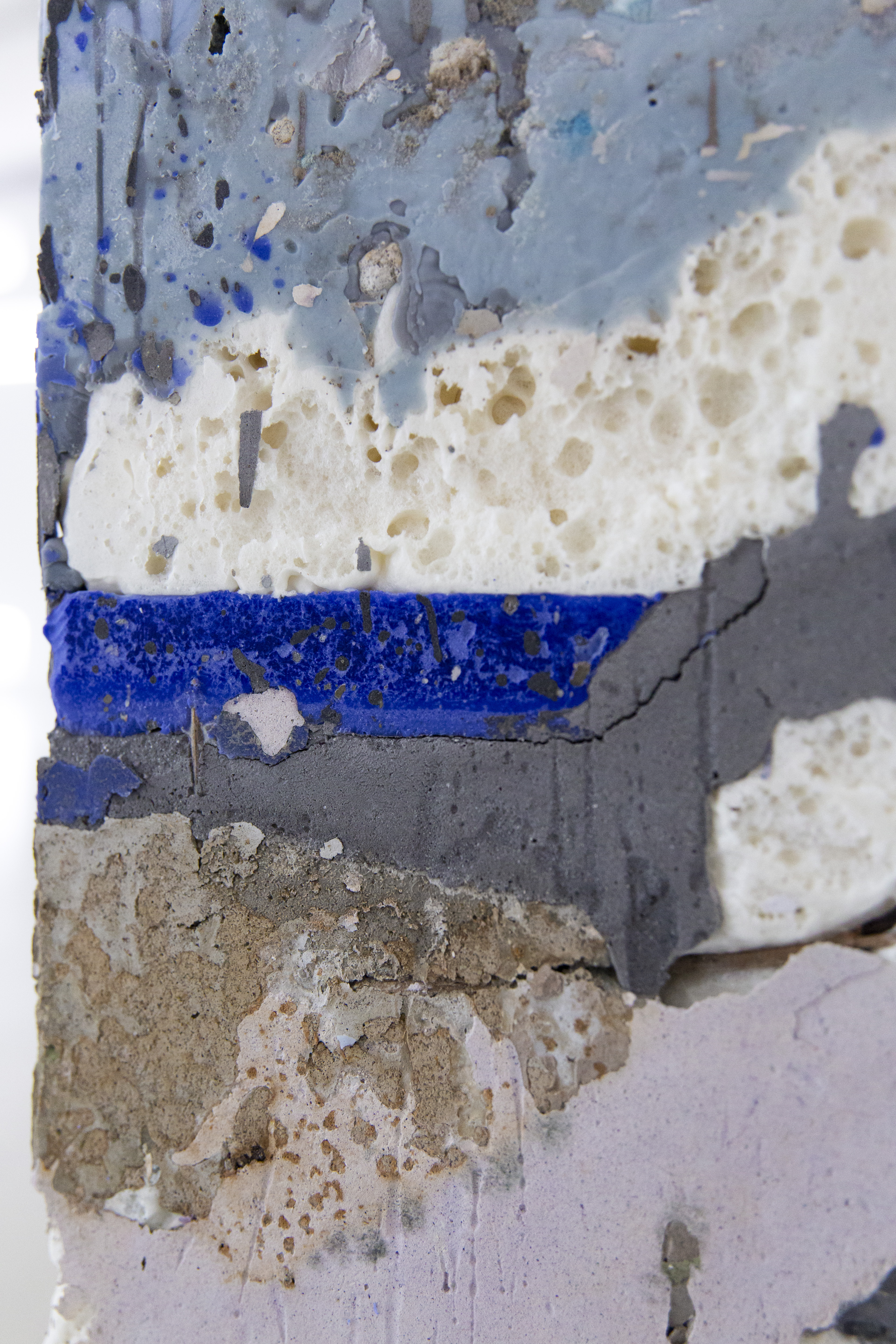 “My life is mostly my studio,” Ciro says with a smile. “It’s a bit of a running joke among the artists with whom I share the studio.” He finds the pandemic truly sad, but on the other hand enjoyed the peace and quiet. “The Amsterdam art scene sometimes feels like a race against each other instead of with each other. What happens now forces you to think about what is genuinely important. I find that illuminating, it gives me energy.” Ciro also takes time to meet and talk to people who can help him along. “That’s something I took up a few weeks ago. I’ve some interesting projects coming up, but I can’t reveal too much yet, partly because I don’t know what further impact corona will have, partly because I want to surprise people.” Ciro is very fond of Denmark. “Nine years ago, I fell in love. with Copenhagen. I love the sense of community and the local youth culture. One year I flew there nine times, because my best friend, also Peruvian, lives there. Corona made me decide only to fly when it is absolutely necessary. All these flights, it really went too far. It’s also nice to see the landscape changing as you travel along the road.”

Ciro wants to challenge himself and develop as an artist. “In the future I would like to go on doing what I’m doing now. Of course it would be great to have work at Guggenheim or MoMA, but taking part in a biennale would also be fantastic. There’s still so much I would like to do, and I think there are opportunities when I work hard.” His present project is a continuation of I Heard Corn Was Purple Once. “I want to turn the moulds I used for the  columns into wall sculptures.” He is interested in making sustainable work. “It’s something I’m really passionate about. I think it’s great to re-use ‘garbage’, pallets for instance.” In addition, Ciro applies for subvention. He is delighted with the Piket Art Prizes nomination. “I do know the other Painting category nominees. We’re doing totally different things. Whoever wins, I begrudge no-one the prize.”