The Piket Art Prizes in times of corona (7): Tobias Lengkeek

Until 1 June theatremakers, actors, artists and dancers are forced to sit at home. As part of the official measures aimed at keeping the spread of the coronavirus under control, exhibitions are off and performances have been cancelled. What do these measures mean for Piket Art Prizes’ young artists? Part 7: Tobias Lengkeek.

Tobias Lengkeek, who was a Painting category nominee in 2016, is still quite busy at the moment. So far, the measures concerning what the Dutch government describes as an ‘intelligent lockdown’ have not in any way kept him from working. On the contrary, together with other artists and a graphic designer Tobias started Pandemie Magazine, a magazine full of stories, illustrations, fantastic concoctions, and games. “It seemed a nice way to kill time,” Tobias says. “We also wanted to present a different point of view. There is, of course, the corona news, but we are focusing on the human side. People are stuck at home and they get bored.” Amongst other items, Pandemie Magazine presents absurd stories. “The first issue, for instance, has an absurd story about someone who has just returned from his holidays, totally missed the upheaval, and then finds he cannot get any toilet paper at the supermarket.”
Tobias himself made a number of fake advertisements. “They’re based on real ads. A Kruidvat ad with the special offers crossed out, for instance. I also made a page where you can paste a photo of yourself on an image of a person in an office or on the beach, to relive what that felt like.” 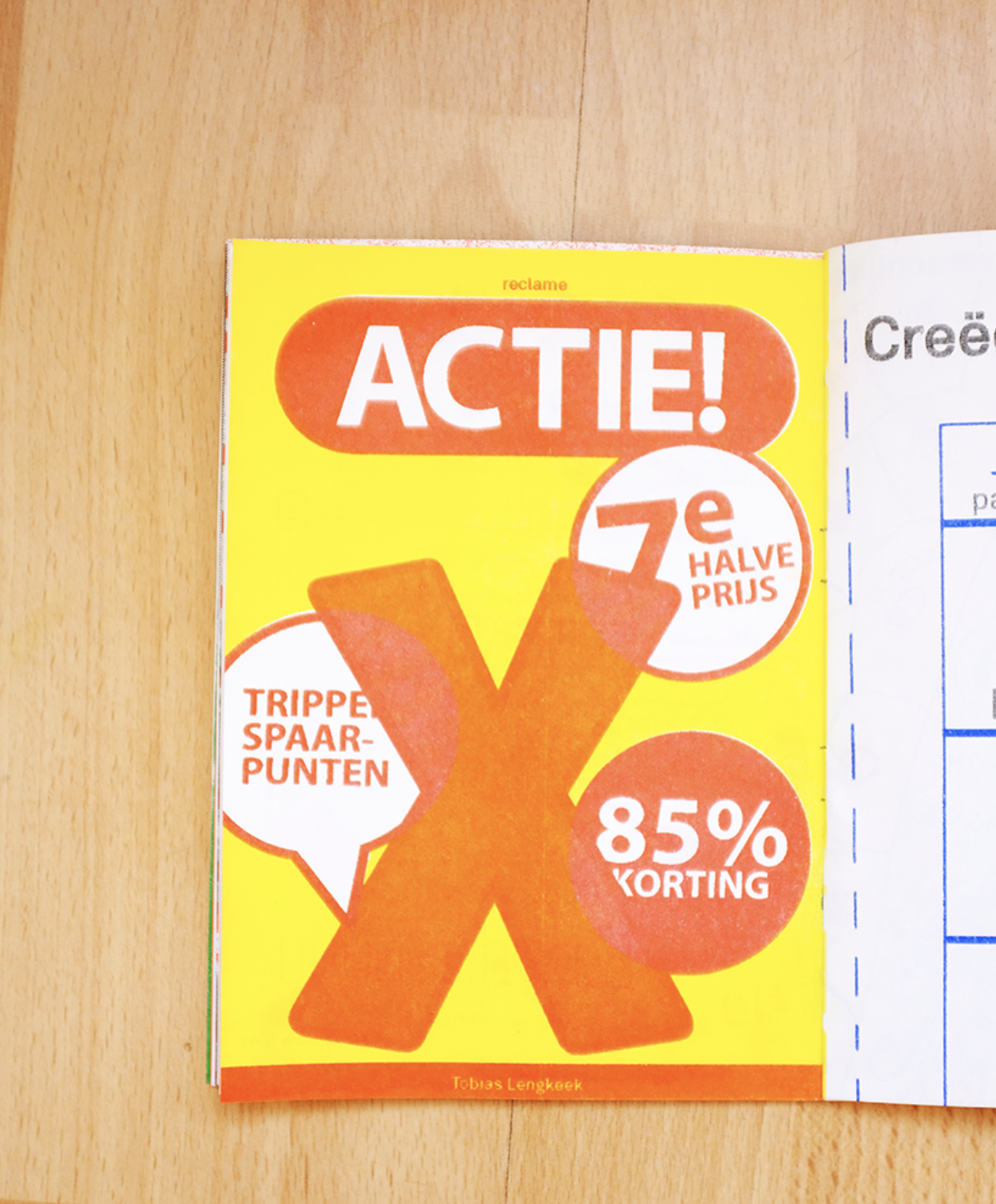 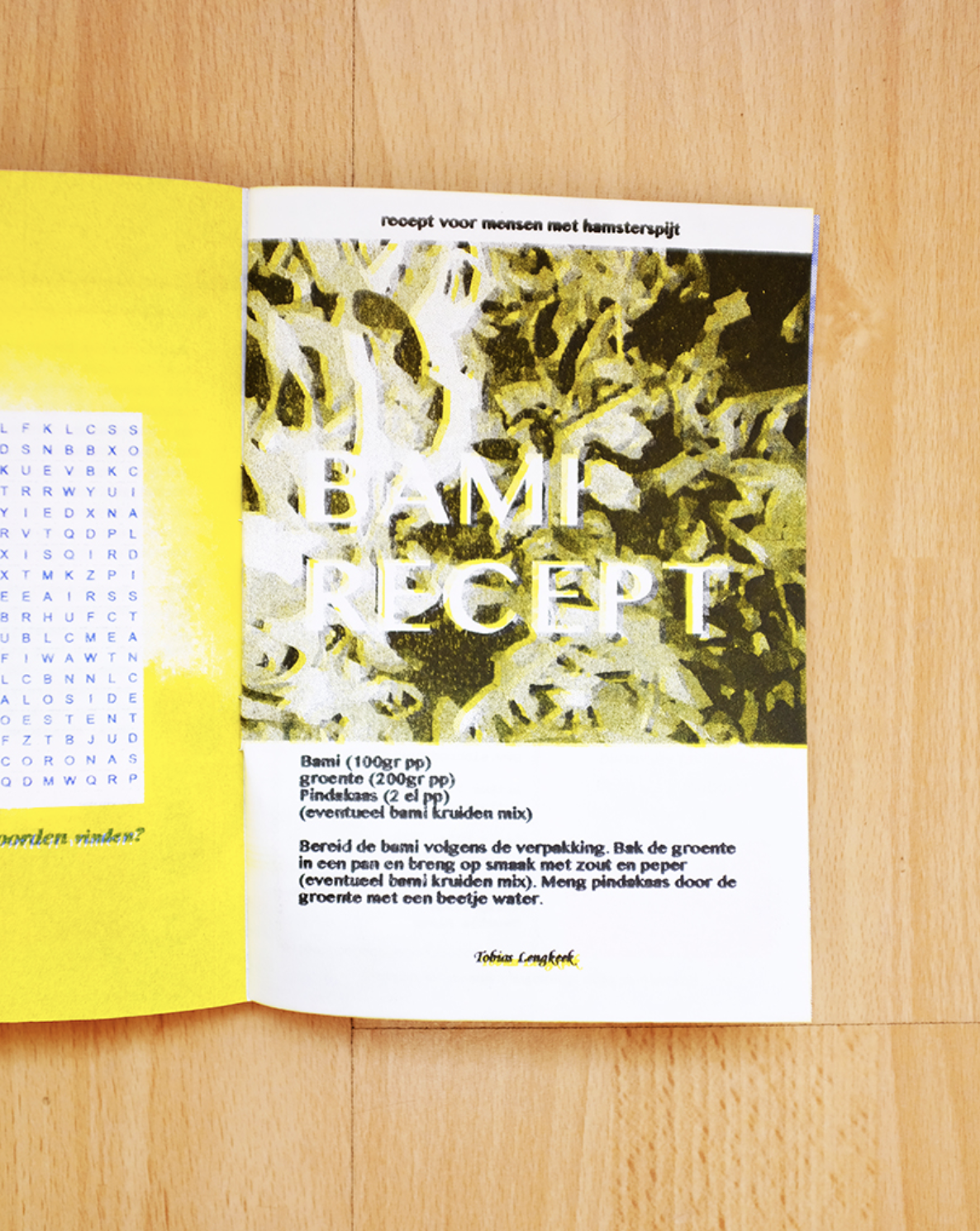 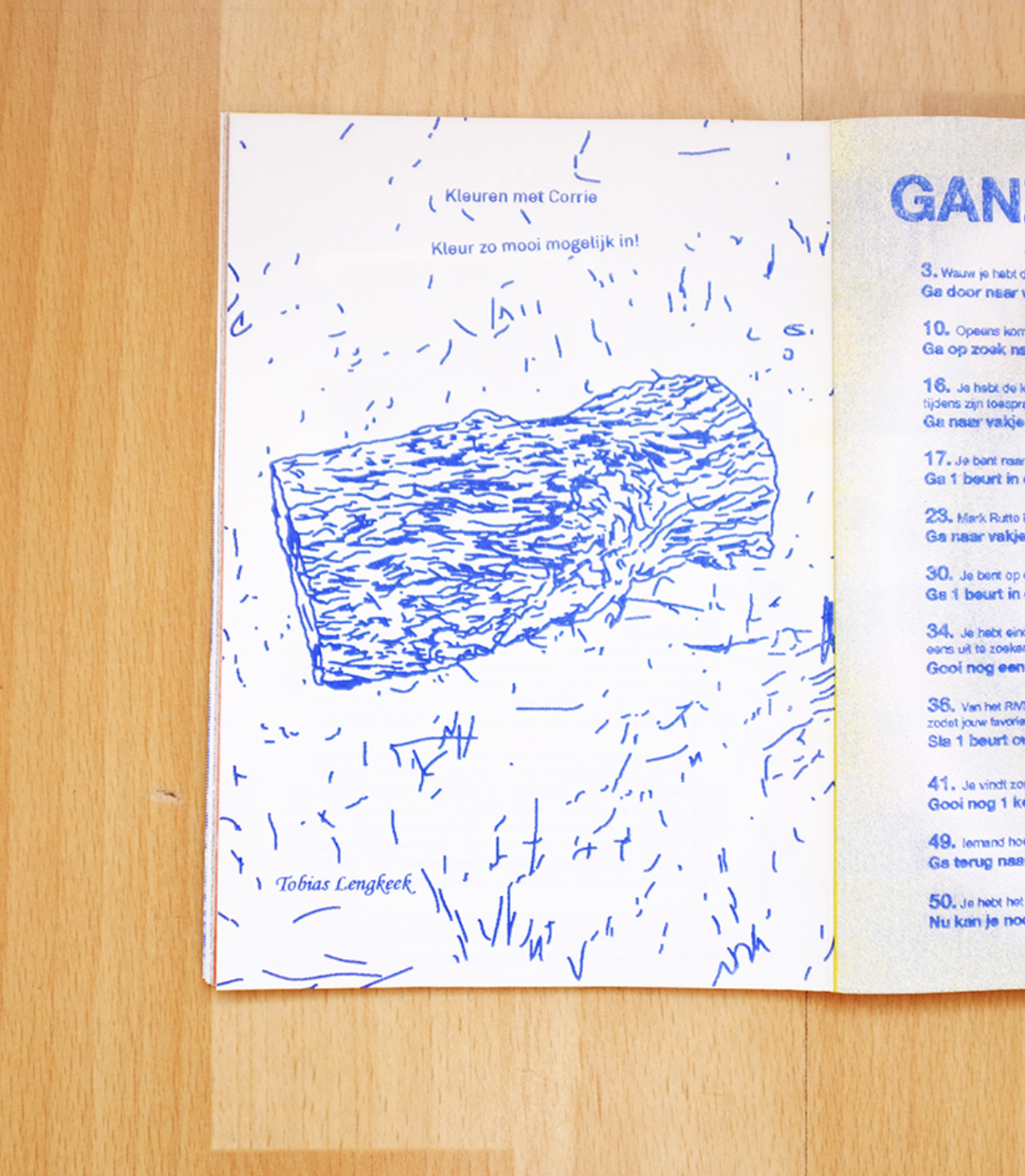 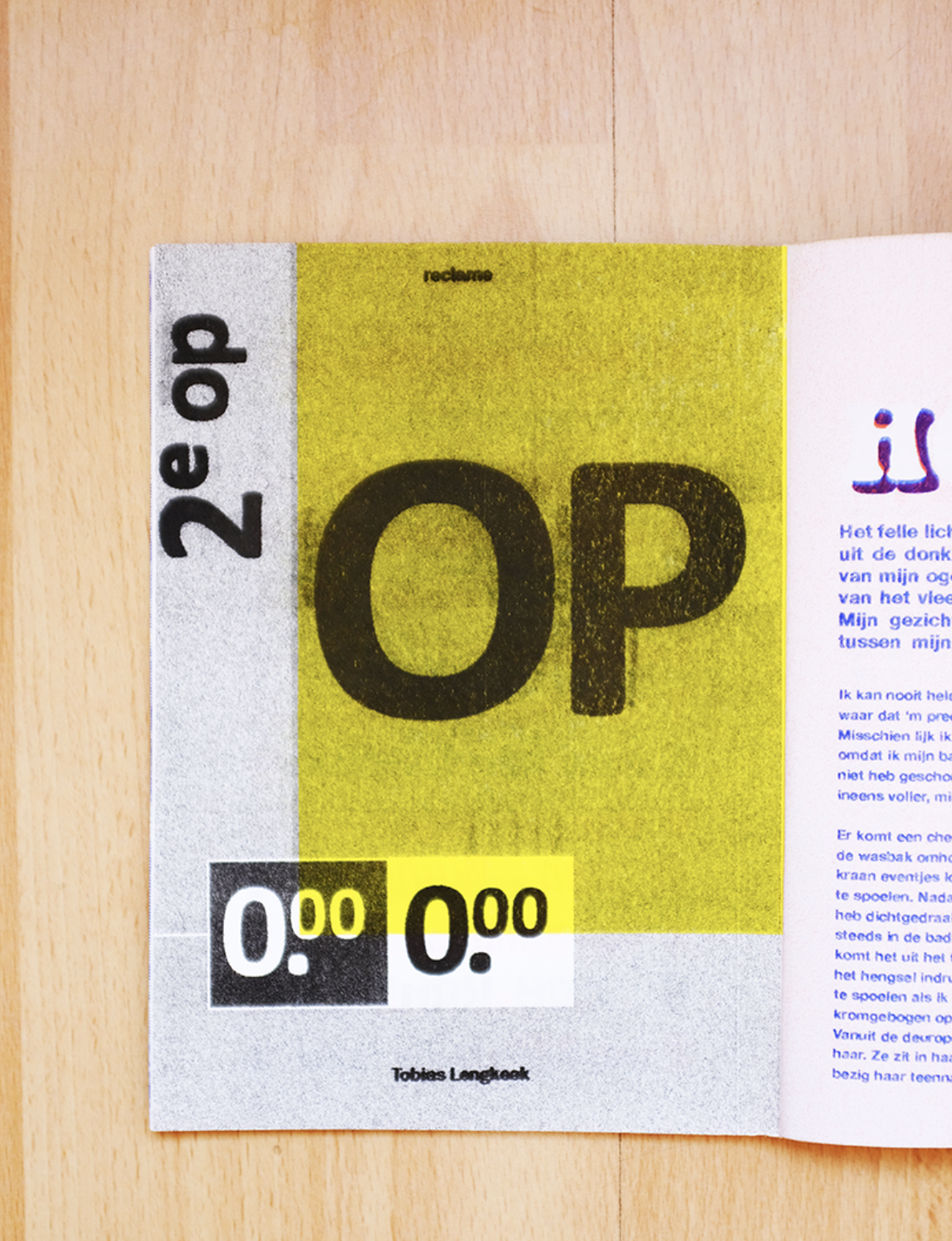 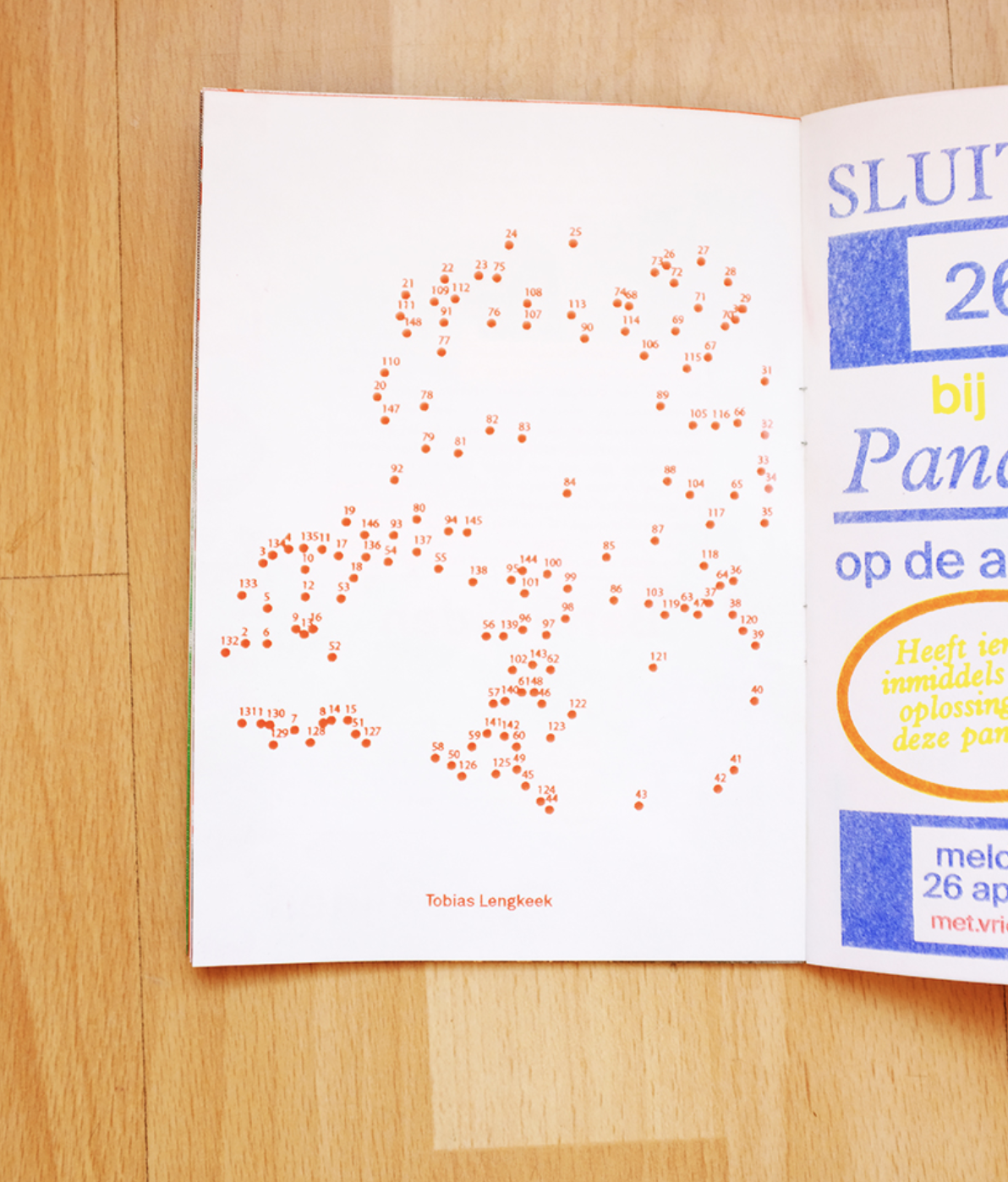 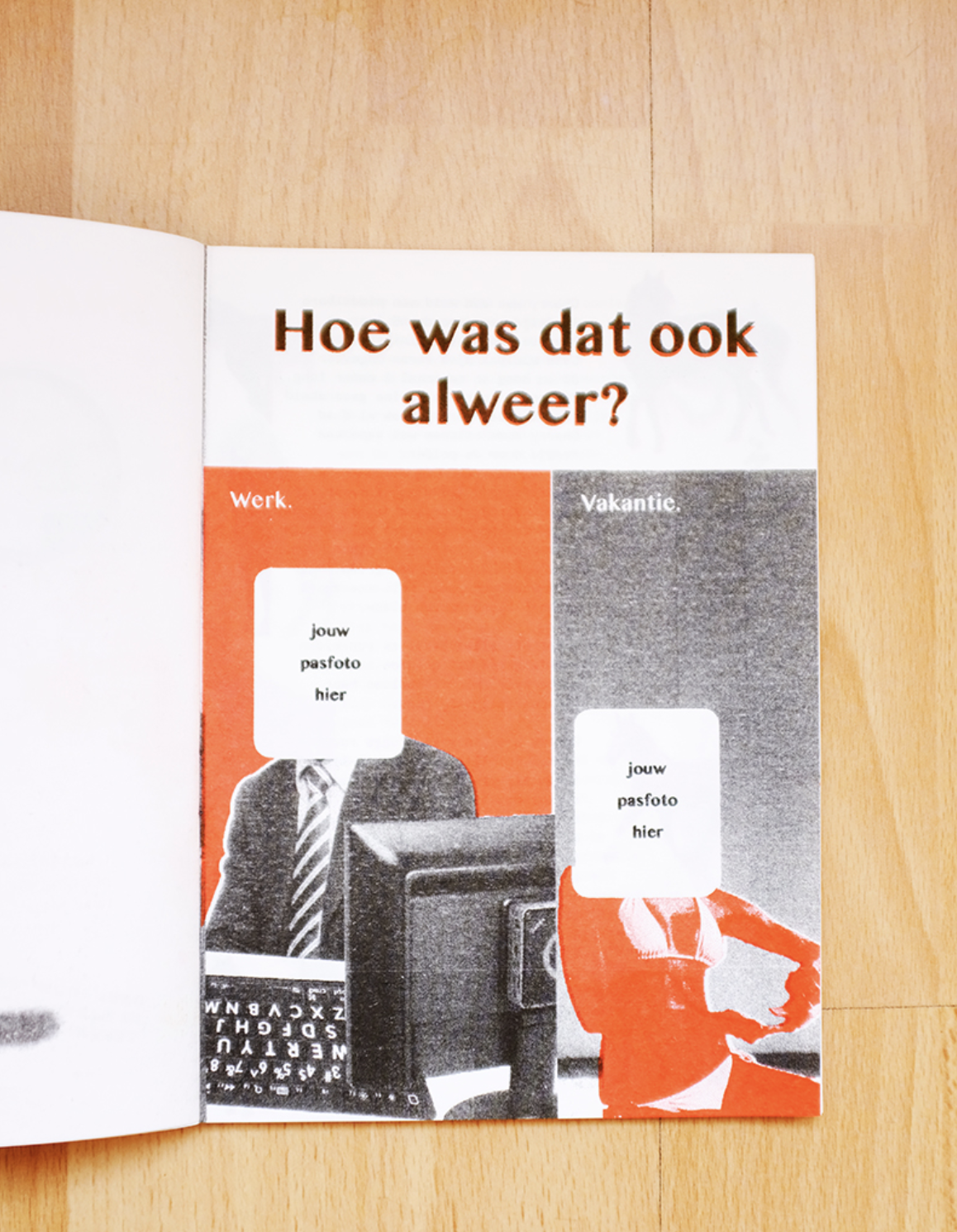 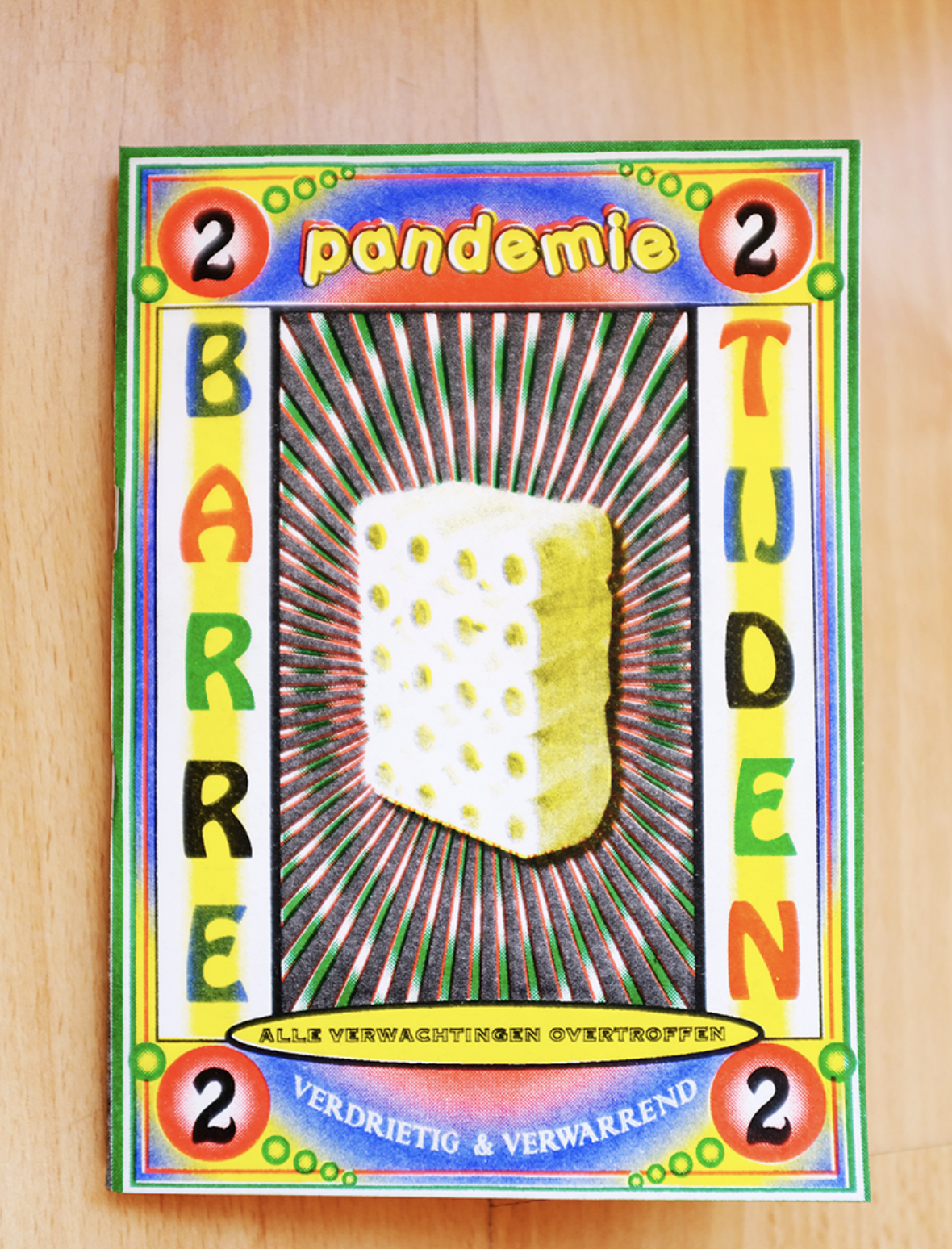 Graphic designer Teuntje Fleur both designs and prints the magazine; she possesses a RISO printer. “There’s five of us involved in this project. In addition, we invite guest artists,” Tobias says. “The first two issues had a print run of about 70 copies. They were sold out in no time. Pandemie 3 has just been published.”

Tobias divides his time between taking care of his little daughter and making art. One of his works was on show at the The Hague Elektriciteitsfabriek during the Volta exhibition, which was unfortunately forced to close. “But I was happy that it was part of Oscar Peters’ gigantic roller coaster where the art works came riding along in little cars,” Tobias says. He tells us that he is now involved in a campaign of the Stedelijk Museum Schiedam. “The museum has invited several artists to create a poster about solace, consolation. These will be put up all over Schiedam, and we’ll all get a fee for our work.”

Tobias has a full agenda. “I have been engaged by the insurance and asset management company Nationale Nederlanden to make art works for each floor of their buildings in The Hague and Rotterdam, reflecting their core values: care, clear, commit. These are values that tie in well with my own free work.” For this commission Tobias will leave his comfort zone and work in black and white. In addition, Tobias has been invited to make work for the Schreiershuisje, a monument in Schiedam, where he lives. “It’s a small building from the 1930s on the Maasboulevard where sailors used to take leave of their loved ones. ‘Schreien’ is and old Dutch word which means ‘to weep’. I’m now thinking about what I am going to do.” So far the corona measures have had little impact on Tobias, but he does feel some anxiety. “What will become of the art world? I think many galleries will be hard hit financially.” He is afraid that, in the long run, artists will find there will be fewer exhibitions. “Only the future can tell,” the artist says.