Faile Sol, one of this year’s nominees for the Piket Art Prizes in the Dance category, has swapped The Hague for the Hungarian city of Székesfehérvár. After a succesful audition with Royal Ballet Fehérvár, he was hoping for a traineeship, but they immediately offered him a one-year contract. “I was absolutely speechless,” Faile says.

The dancer has recently settled in Székesfehérvár, which is about an hour’s drive from Budapest. “It’s great to at last have a roof over my head,” says Faile, who had been making fruitless attempts to find a house in Székesfehérvár from the Netherlands. “Communication was really difficult because most Hungarians don’t speak English, and Hungarian sounds like gibberish to me,” he laughs. He started rehearsals about a week after he had arrived. He has some three weeks to familiarize himself with a piece that will be performed on 16 August at a festival in Romania. “It will be hard work. At the Royal Conservatory in The Hague we often had three months to learn a piece.” He describes his first job as ‘a golden opportunity’. “I thought it was such a wonderful gesture to offer me a contract right away.”

Faile and his friend and fellow dancer, Jelle-Johannes Hendrix, are the first Dutch dancers joining the very international Royal Ballet Fehérvár, which was founded four years ago by Atilla Egerházi. “Earlier Egerházi ran a company in Budapest, so he has been able to build a vast network.” This is the reason why this young company is able to perform works by prominent choreographers, such as Jiří Kylián. “That’s really cool and quite unusual for a company that has only existed for a relatively short period of time.” Royal Ballet Fehérvár has eighteen dancers from all over the world. “From Spain and Italy to Japan. It means the whole company is involved in almost every performance.” 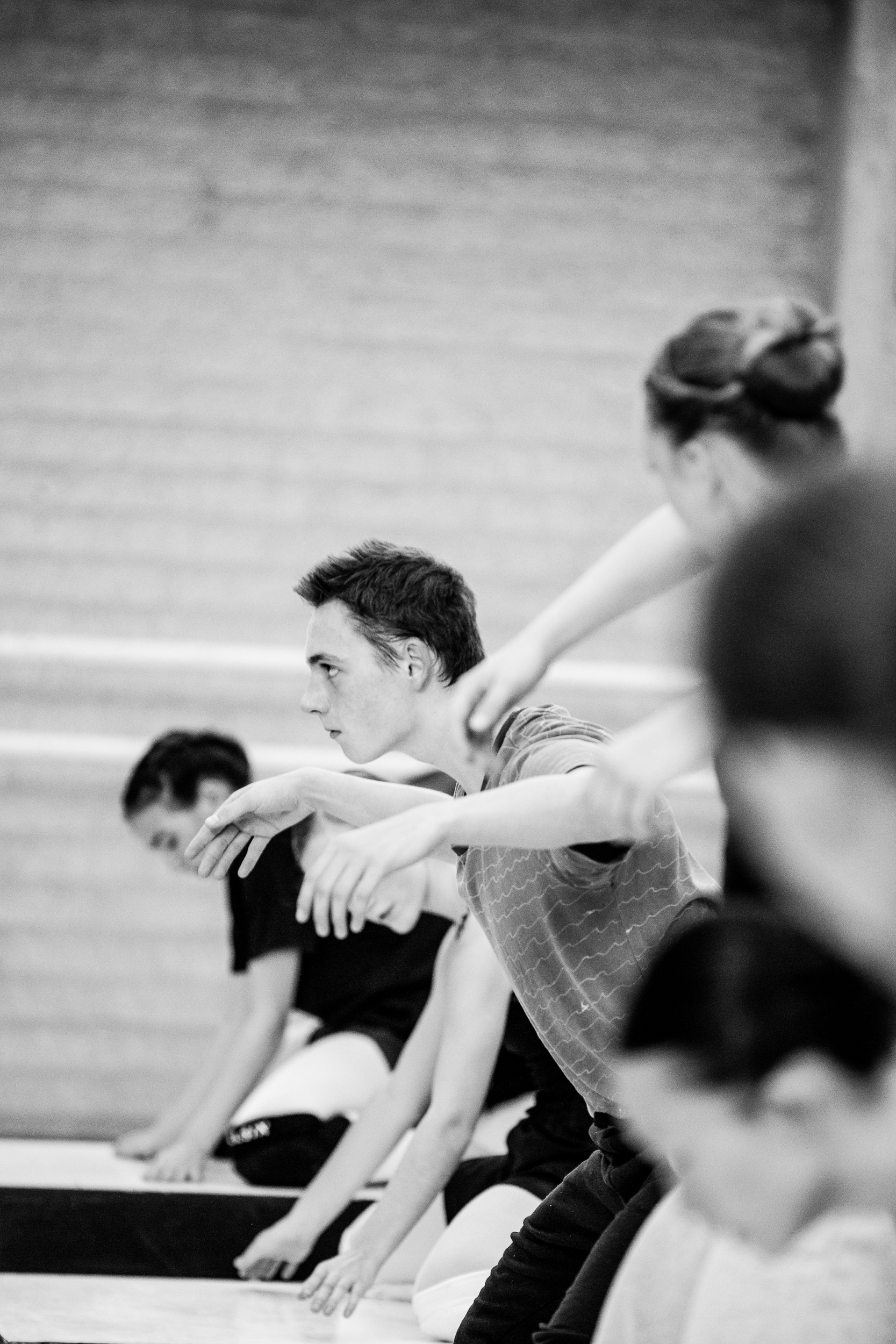 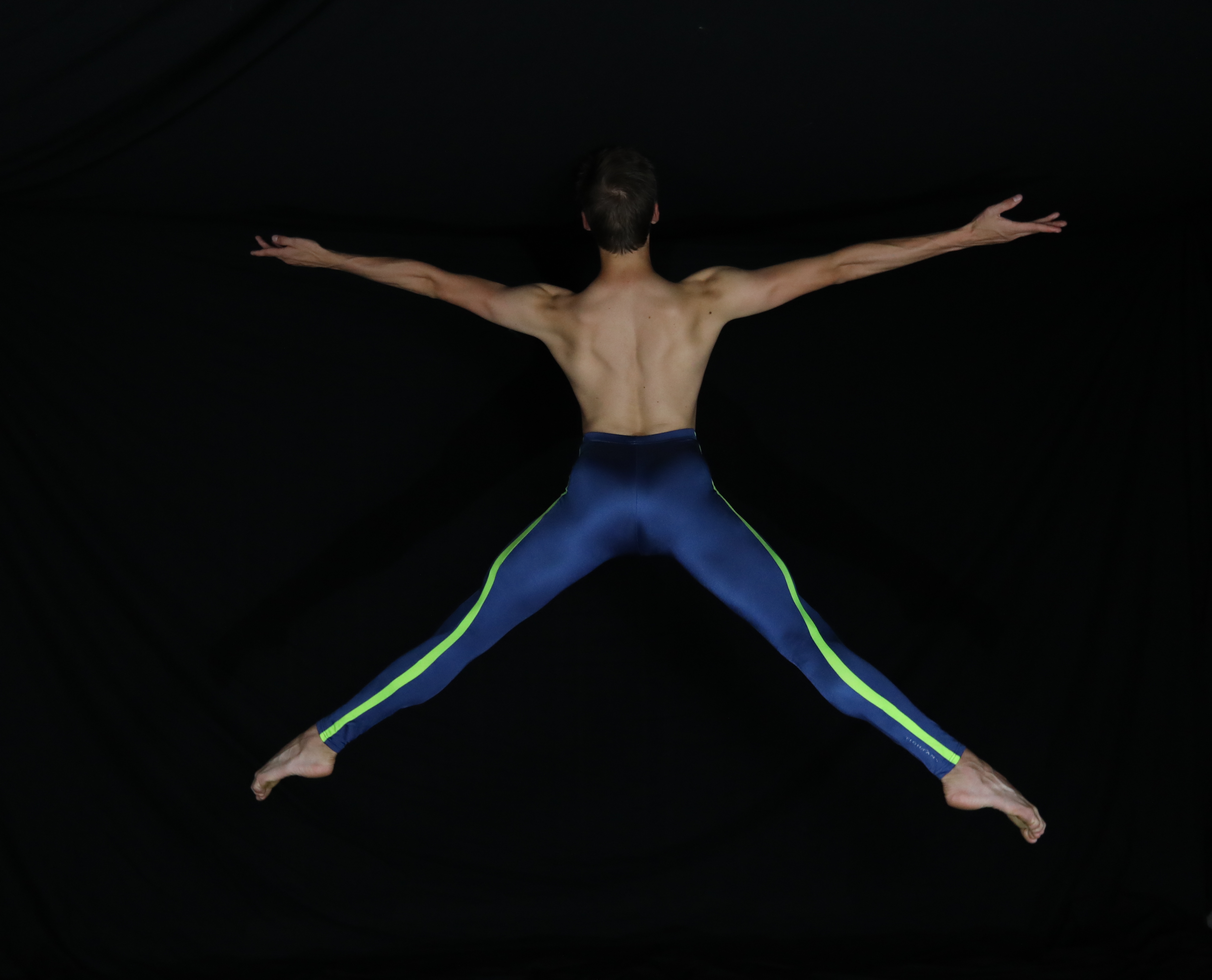 Faile sees himself as a modern dancer with a classical basis. “I think this classical basis is important. When you’re auditioning you see that many modern dancers have less experience in this respect and this may give you a headstart.” The Royal Conservatory in The Hague, where he studies, maintains a good balance between classical ballet and modern dance forms.

Before leaving for Hungary, Faile had been training for about six months at the Conservatory’s new premises in the brand-new Amare complex. “It was quite a change. The old building on the Juliana van Stolberglaan was more or less falling apart, but there was something appealing about that. You could use the studios as long as you needed them. In Amare you’re not allowed to enter the building after 8.30 pm, but the view of the Spui and the New Church is really beautiful. And the studios are very beautiful, too.” In Hungary he’ll continue to work on school projects and he hopes to successfully round off the second year of the study programme. He has the option to do an additional year. “Perhaps I can stay here, perhaps I’ll move to another company. I don’t know yet,” Faile says.

Faile is twenty years old now. He started dance in a toddler class when he was very small. He grew up in Bussum. After the birth of his younger brother Mante (15), the house became too small. “We moved to Arnhem.” Faile’s name is Icelandic, like that of his big brother Pogi (23). “My parents were given a booklet with Scandinavian names by some friends and this is how they chose our names. Faile means falcon, and pogi means bow. My other brother is called Mante, which is warrior in Norwegian. My family name, Bakker, is of course very Dutch.” As a dancer he uses his first and second personal name: Faile Sol.

At the age of six, Faile started classes at BoysAction, a special dancing school for boys in Arnhem. “It was a mixture of breakdance, jazz and acrobatics.” In 2015 he entered the preparatory dance programme at ArtEZ in Arnhem. After about eighteen months he auditioned at the School for Talent of the Royal Conservatory in The Hague. “In The Hague I lived with a host family while I was finishing secondary school. They were such nice people.” He had to re-audition every year in order to continue the preparatory programme. “Selection could be quite strict, but I survived,” Faile says. He started the Royal Conservatory’s vocational programme last year. He especially enjoyed the Young Talent Project. “You get acquainted with the NDT repertoire in the course of a few months, and then there’s a performance. Last year it was a livestream. I did regret that, because I prefer a live audience.”

‘It’s my dream to become a choreographer’

Faile has quite a few interesting tours to look forward to in 2022 en 2023. “We’re going to Mexico and to Transsylvania and there’s the festival in Romania: Fantomfájdalom. It is not exactly clear yet what pieces we’re going to perform.” Faile has also taken his first steps in the field of choreography. In June he made A Brothers Bond for Meet the Next in Korzo, with music by the guitarist Guzman Calzada Llorente and dancers Jelle-Johannes Hendrix and Hiroki Inokuchi. “It’s my dream to become a choreographer. First I want to dance myself, but I’m already involved in choreography.” If he wins the Piket Art Prize, he would like to do courses in dance and choreography. “I have lots of ideas, but would like to learn more about how to structure a piece.”

Faile thinks it’s an honour to join Dance nominees Isla Clarke (NDT) and India Sardjoe. “Isla is a fantastic dancer. I didn’t know India yet, but I think it’s great that the jury also looks at a totally different dance style.”