The Piket Art Prizes in times of corona (45): Jonas Raps

Theatre makers, actors, visual artists, and dancers are much affected by government measures to keep the corona virus under control. What is the impact of these measures on the young (former) nominees and winners of the Piket Art Prizes? Part 45: Jonas Raps, 2015 nominee in the Painting category.

Over the past few year, Jonas had studios in various places in The Hague – now he feels very much at home with artist-run initiative Trixie on the Scheldestraat. “I needed a more social place, more contact with other artists,” says Jonas who has little affinity with the stereotype of the introverted artist-hermit. “In other places I experienced a lack of interaction and felt isolated.” He even doubted his own artistic calling. “Things can be lonely. I got stuck and found I had ended up in a pattern of producing work that met certain demands, but the creative process gave me too little satisfaction.” Jonas put his studio practice on hold and turned to various completely different projects. He is currently working at the centre for asylum seekers in Rijswijk, where he gives workshops on behalf of Stichting De Vrolijkheid (The Cheerfulness Foundation). “I conduct creative workshops for children. It is important to offer such children regularity and to have something for them every week. In a context like this, artistic expression has a healing effect. It’s beautiful to watch.”

He really likes making art with children, but unfortunately the corona virus threw a spanner in the works. “The on-location workshops have been put on hold, so I’ve been making videos for home assignments. These people cannot just go out and buy stuff for handicrafts. So I developed assignments you could do at home, make clay with salt and flower, for instance. Or make tiny paper origami houses and build a whole village,” he explains. “Working at this centre for asylum seekers has made me aware of the enormous amount of positivity one finds here. It’s amazing. Of course, making art also works as a way to express emotions and coming to terms with distressing experiences and I leave plenty of room for this, but we also have lots of fun.” Communicating is not always easy. “With hands and feet sometimes. Showing a lot of examples works well, too. And children who speak a little Dutch because they’ve been at the centre for some time can also be of help.” 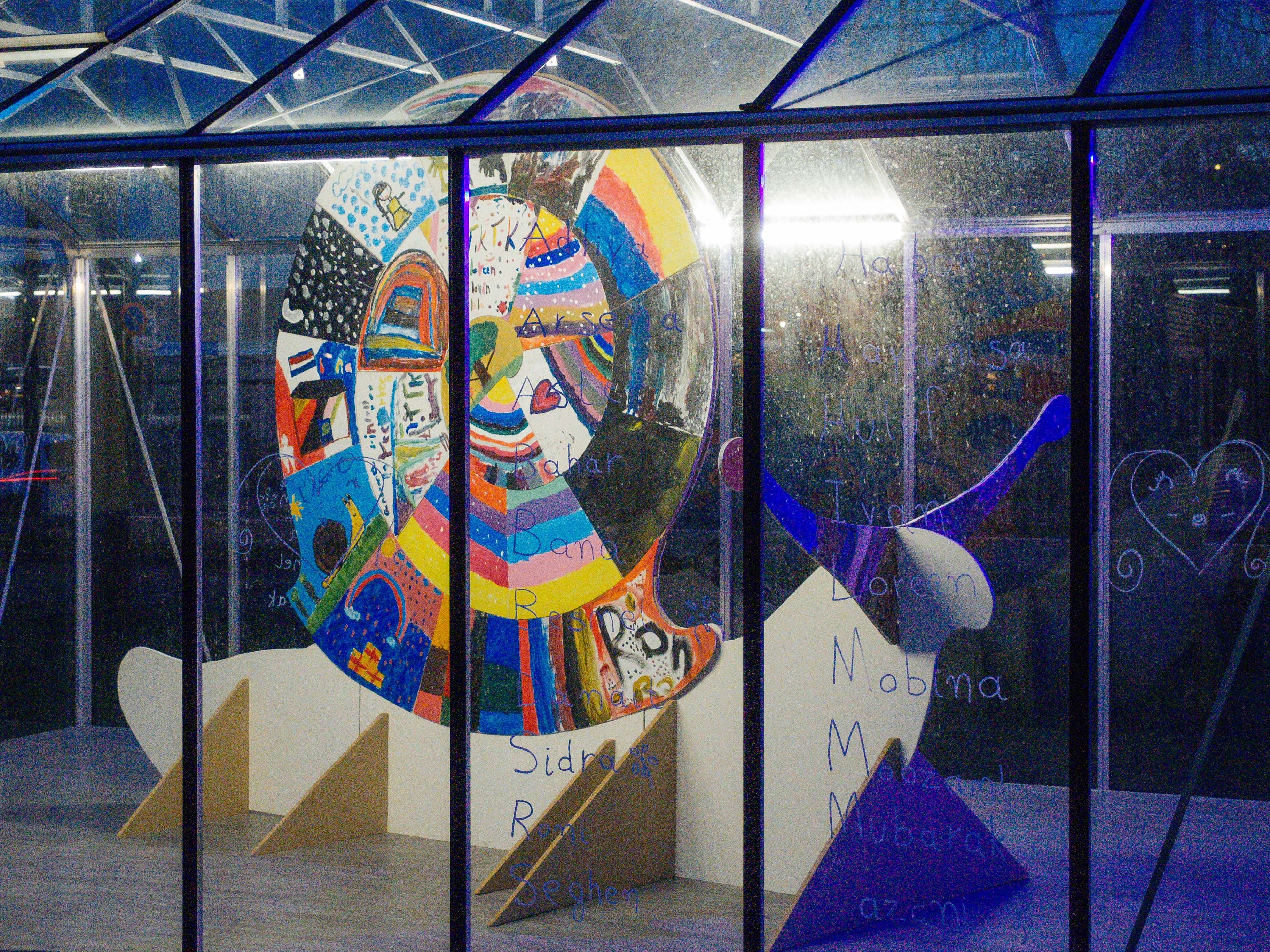 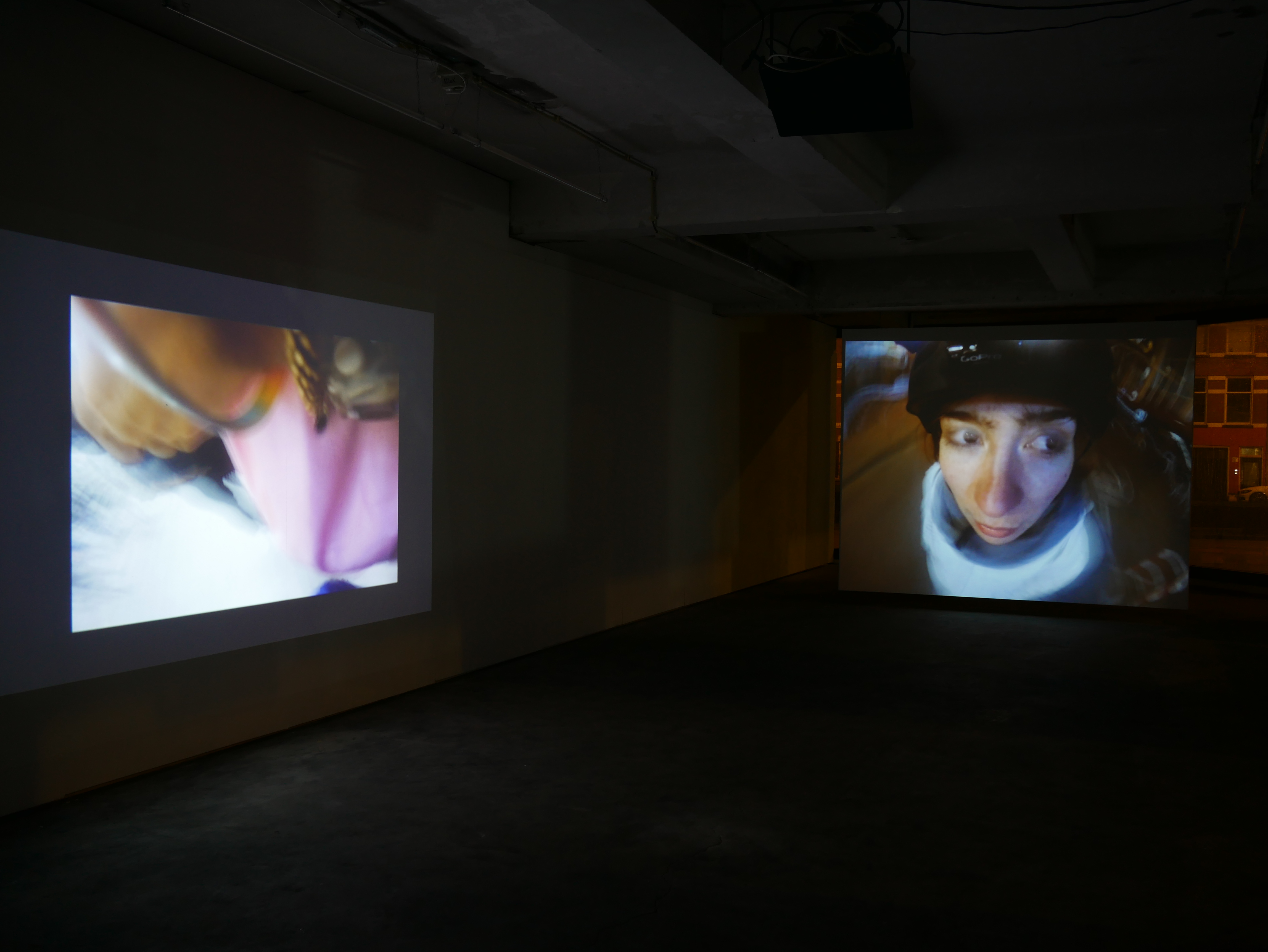 Permaculture and mail for neighbours

Jonas moved to a new studio within Trixie and has just put in a new floor. “I feel new energy and look forward to starting,” the artist says. In addition, he’s involved in writing a plan for the asylum seekers centre aimed at bringing the children into contact with their natural environment. “I would like to collaborate with a botanist to bring this about.” Jonas is interested in nature and has just been to Portugal for three months to explore permaculture, a form of design where natural processes are imitated in order to find sustainable solutions. “I enjoyed the experience of freedom in Portugal.” Jonas’ girlfriend was in the Alentejo region for a residency and he spent much of his time there, too. “I did research at a burial ground where many graves were being dug at the time, and spoke to the people who worked there. To me it all seemed part of everyday pursuits, whereas in our society death is usually much more hidden.” Last year Jonas also took part in the exhibition The Opening: The Opening Opening at Trixie’s where networking activities during the Art Rotterdam fair were shown live on screen. Through, amongst others, a Go Pro attached to a visitor in Rotterdam, the people visiting Trixie could follow the networking going on at the art fair. “In fact, it was an opening within an opening,” Jonas says. He also participated in Burenpost (Mail for Neighbours), an initiative of the Grafische Werkplaats (Graphic Workshop), Huis van Gedichten (House of Poems), and several other social organisations in The Hague. “They would bring an artist into contact with a poet, and together these would make a postcard with text and image. For printing the postcards, they used the Risograph technique. The postcards would be sent to people in The Hague who were known to be lonely because of Covid. A beautiful initiative with immediate impact,” says Jonas, who, naturally, also sent postcards to the asylum seekers centre in Rijswijk.