A year full of highlights for Joep Hendrikx

Joep Hendrikx, one of the 2022 nominees in the Dramatic Arts category, is doing not one but two performances at this year’s travelling theatre festival De Parade. In addition, he has directed his first performance for children and, together with Jos Nargy (who won the Piket Art Prize in the Dramatic Arts category in 2018), continues to immerse himself in De Poezieboys. On top of all this, Coproducers, the Netherlands platform for studio theatres, have awarded De Poezieboys support for three seasons. “This feels like an enormous incentive”, Joep says.

The actor, theatre maker and performer confesses to ‘having shed a tear’ when he heard that Coproducers had selected De Poezieboys for extra performing opportunities and (financial) support. “For a young company, it’s not easy to get into theatres. Now we get the chance to perform in theatres where we hadn’t played before, for instance Ins Blau in Leiden or De Nieuwe Vorst in Tilburg”, Joep explains.

Currently, Joep is completely focused on De Parade. “I sleep in a tent in the festival grounds. It feels like a holiday, but we’re really working hard. It’s not exhausting, though. I genuinely enjoy it.” De Poezieboys, a two-man collective consisting of Joep and Jos Nargy, present two performances: Eisføgl (where they’re joined by Joost Oomen and Willie Darktrousers) and Pussynight. The latter is a mini version of their monthly Poeziebar in Zaal 3 in The Hague. Eisføgl developed when the Poezieboys were looking for a new poet as a subject for a performance. Joost Oomen took them to an antiquarian bookshop in Groningen, where the owner drew their attention to a poem by the Icelandic poet Jörgi Eisfogl. “We started to look for other work by him, but hardly found anything. The quest for this mysterious poet forms the core of the performance.” Jos and Joep put on their detective caps and made a performance about this boozer, arctic explorer, and literary prodigy.

The origin of De Poezieboys

Joep met Jos on De Parade. “I was tending bar and spoke to him about his favourite book, Moscow to the End of the Line, and this is how we started talking. At the time, Jos was performing at the festival with his other collective, Thomas, Sacha en Jos.” Later Jos went to Joep’s traineeship performance with theatre company Bonte Hond in Almere and finding they shared a love for poetry and literature, he subsequently proposed to make an appointment. “I was honoured. For me, Jos was already a big name. We’ve been colleagues and friends for years now.”

It all started with a brief single performance about the poet Allen Ginsberg at De Parade in Het Nationale Theater’s Zaal 4, which was a success. In the four years that followed, De Poezieboys took part in De Parade every summer with performances about striking poets such as Joseph Brodsky, Johnny van Doorn (Johnny the Selfkicker), and Frederike Harmsen van der Beek (Fritzi). “We have a fondness for the odd ones out of poetry, but we’re interested in the big names, too, although it’s nice if they were weird, or special, or wild.” 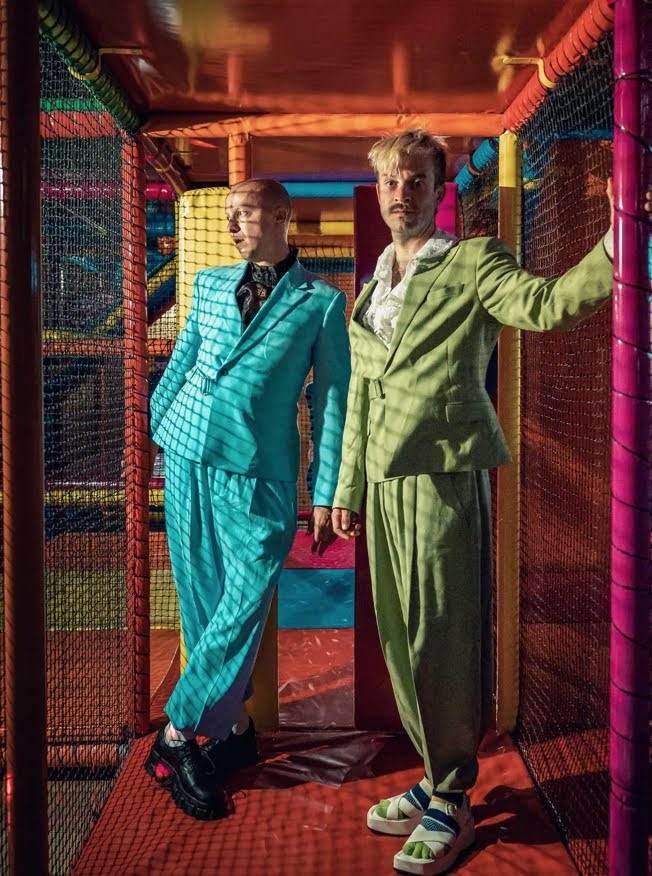 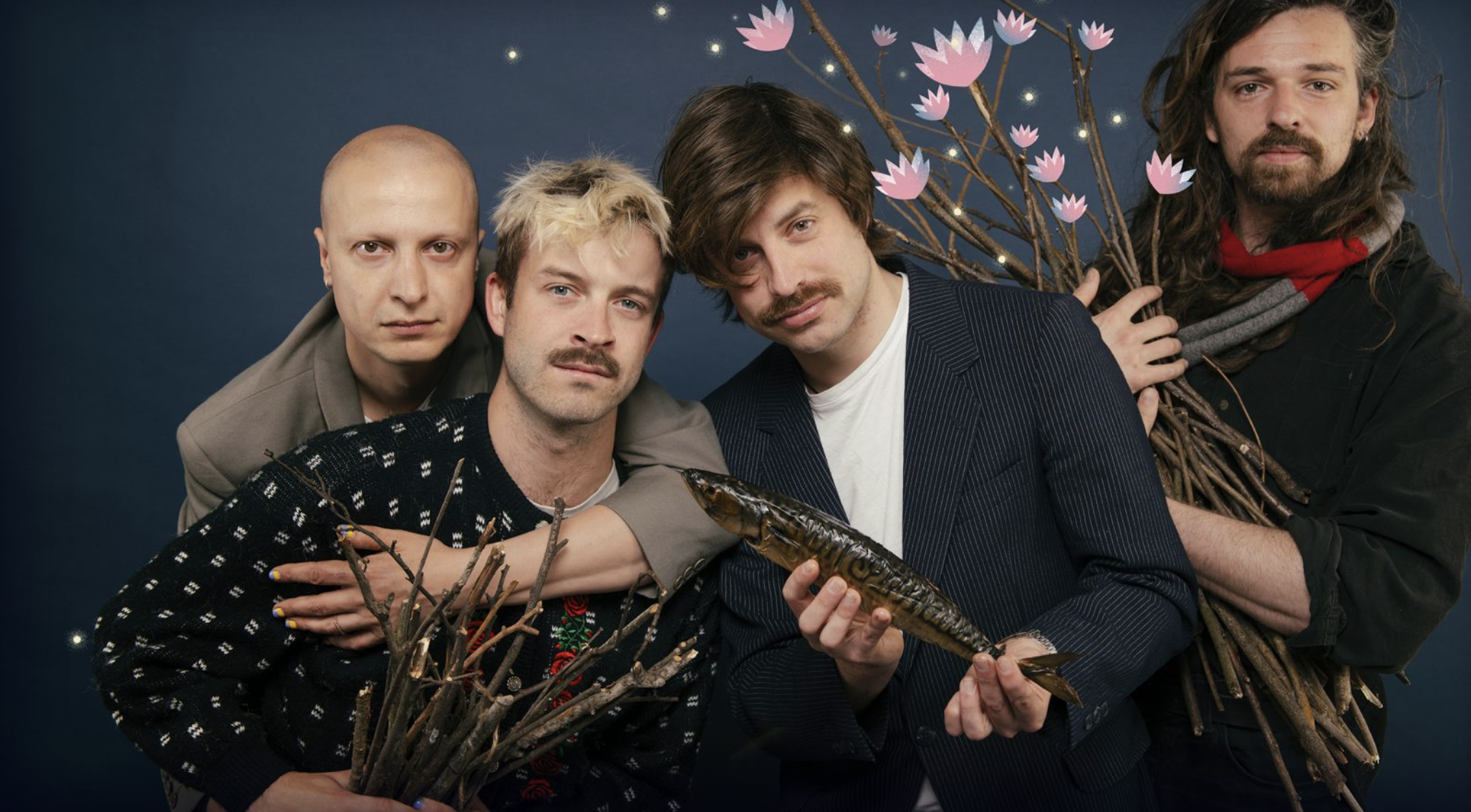 De Poezieboys aim to present poetry in a playful manner. Every month they invite poets to recite or read their own work. “We also always ask if there are people in the audience who would like to present their own work.” One recurring feature is a speed read-aloud of the poem May by the Dutch poet Herman Gorter. “May is very boring and very long, but it’s also very clevery composed.” Both Jos and Joep have memories of it from secondary school. “It was only at the University of the Arts in Utrecht that my love for poetry emerged, because reading Allen Ginsberg’s poetry was part of dramaturgy classes. Ginsberg’s still my favourite poet, although I was always mad about literature.”

Small wonder Joep’s shelves are crammed with books. “I buy all sorts of books, which is not always to my girlfriend’s liking.” Joep finds that right now poetry is especially popular with young people. “There are always lots of young people in the audience, but also older ones who love poetry. One class of the Haags Montessori Lyceum is actually always there.” And at their Poeziebar XL in the Royal Theatre the whole school showed up. “These days, every town has a poetry circle or poetry slam. You don’t have to understand poetry, the main thing is that it moves you. I often read something that leaves me puzzled, but touches me all the same. That’s what is important.”

Earlier this year, Joep was also invited to take on a directing job with Het Nut in Utrecht. “I was doing the production of De Futuristen, a series of theatre talkshows, and during an evening walk its director asked me if I would like to do some directing myself.” Together with Floor Leene he created a performance for children: Fos, die Bob bedacht, die de wereld bedacht (Fos, who invented Bob, who invented the world). The production was performed in schools, but will go on tour this autumn. “Really weird to be in the audience instead of on stage. I hope to be doing more directing in the future.”

This autumn, Joep and Jos will present Yy Of ‘Eer de nagedachtenis aan de slag bij Thermopylae’ (Yy, Or ‘Honour the memory of the Battle of Thermopylae’). Y should be pronounced as ‘oo’, as in ‘boo’. The title sounds absurd, and that’s exactly the idea, says the Poezieboy. The performance is about the Russian absurdist Daniil Charms. “A disconcerting type who always wore a false moustache when he went to the theatre, and owned a dachshund that was called Honour the memory of the Battle of Thermopylae. There was an enormous machine in his house which took up a large amount of space, but actually couldn’t do anything.”

Confusion is the central theme of the performance. “We’ve also arranged a pottery table so that people can be creative themselves, and a video corner where they can sit and recover. We want to give the audience a ‘what IS this?’ feeling. We’ll change the theatre into a place where anything goes.” The performance will be on tour from 27 September until 21 December. And there’s more on the agenda. “In January–April I’ll be taking part in the performance Blauw van jou (Blue of you) with Het Filiaal, which will mostly be presented in schools”, Joep says.
If he wins the Piket Art Prize, and the war in Ukraine is over, he would like to do the train journey from Moscow to the End of the Line together with Jos. “Because of our fondness for Russian authors.”