Debbie Young: “When you get to work, everything falls into place”

Our Piket Art Prizes painting winner Debbie Young ended 2016 with a bang. Not only did she create new work, it was created specifically for her very first solo show at The Hague art gallery Vonkel. And she’s not stopping there.

Debbie created six new works for the exhibition, which was called ‘6 days sober’. Though her previous work is usually able to fill or even consist of an entire space, she also wanted to try if she could work on a different, smaller scale. “I never do that. I always create work with a big impact, and drama and explosiveness. It’s a lot harder to generate the same kind of impact in smaller works.”

The exhibition covered all the “crazy decisions” the world has seen recently, she explains, such as the election of Donald Trump as president of the United States and Brexit, the UK referendum outcome to leave the European Union. “Everyone seems angry and confused now, I wanted to do something with it.” She says it was on the books for a while: “Now everyone is freaking out.”

Debbie is an intuitive artist and she says her work is all about ’twisted thoughts’. “I probably watched Adam Curtis’ film Hyper Normalisation (about a world that is actually fake, but you still accept it as real, ed.) too often. Conspiracies everywhere! I’m also playful about it. Although all these crazy things have happened and everything has been inflated by the media, and there is mass panic and fear, it’s all probably the same as before.” 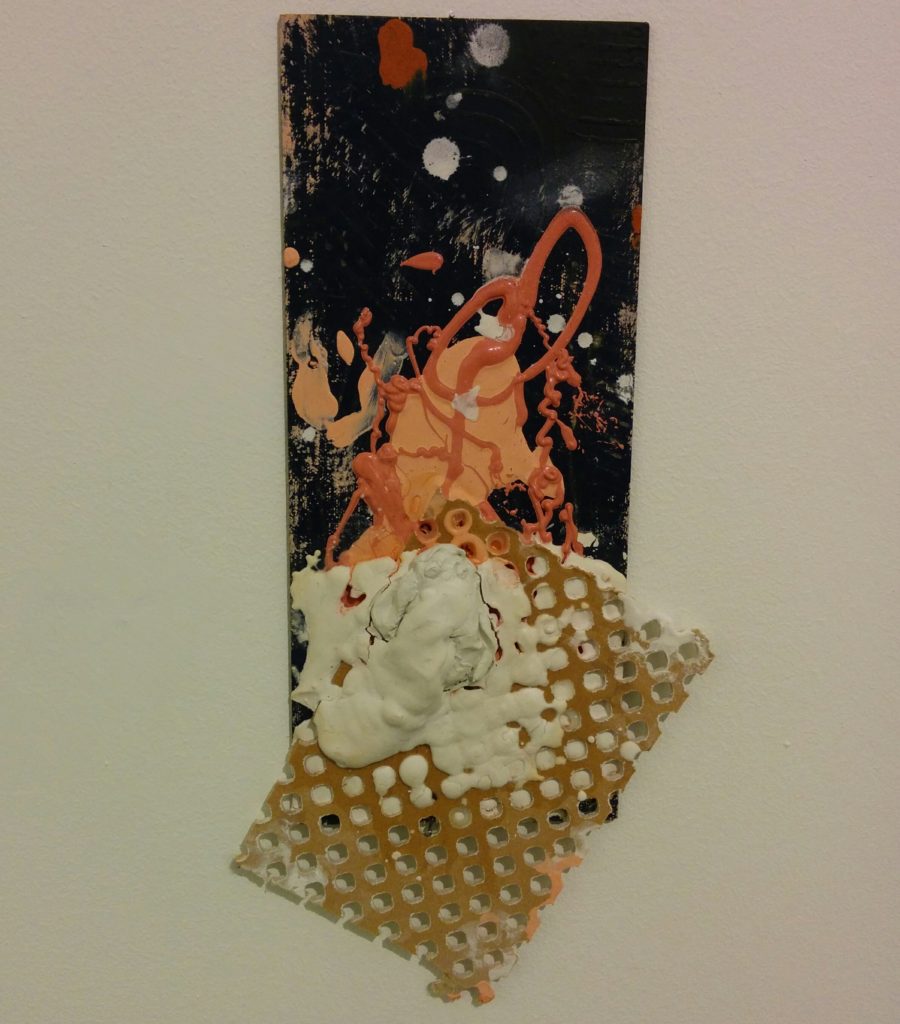 Work by Debbie Young at Vonkel gallery, The Hague

Debbie found her materials on the famous black market in Glasgow, ‘The Barras’. “Everything is stolen and you can find the most random things, including 500 pairs of socks for £1. It is a gold mine for an artist. You can get all kinds of materials, such as wood and canvases that you normally would not find dirt cheap. I went there on a mission: I wanted to find things that would show intuitively what I’m trying to say. You never really know why you choose certain materials, but when you get to work everything falls into place. ”

Apart from her solo exhibition, Debbie has been quite the busy bee lately. She recently made a mural in Amsterdam, for a woman who saw her work in the Amsterdam SBK Gallery. She has also been working on a special exchange program with artists from her home city of Glasgow in Scotland and The Hague, titled Sid Young. The name is an amalgamation of the names of her ‘partner in crime’ Katerina Siderova and Young herself.

The no man’s land that loomed after graduating the KABK in The Hague inspired Debbie and Katerina to set up Sid Young. They wanted to take matters into their own hands, and they did it successfully: they received a stipend of 300 pounds from the British O2 Think Big Fund to start the project. “It allows us to bring together and work with the talented people we have met, know and trust.” The first show was a raving success: “It went very well and it was fun to do. It shows how easy it is to organise shows and invite great, quality artists.” 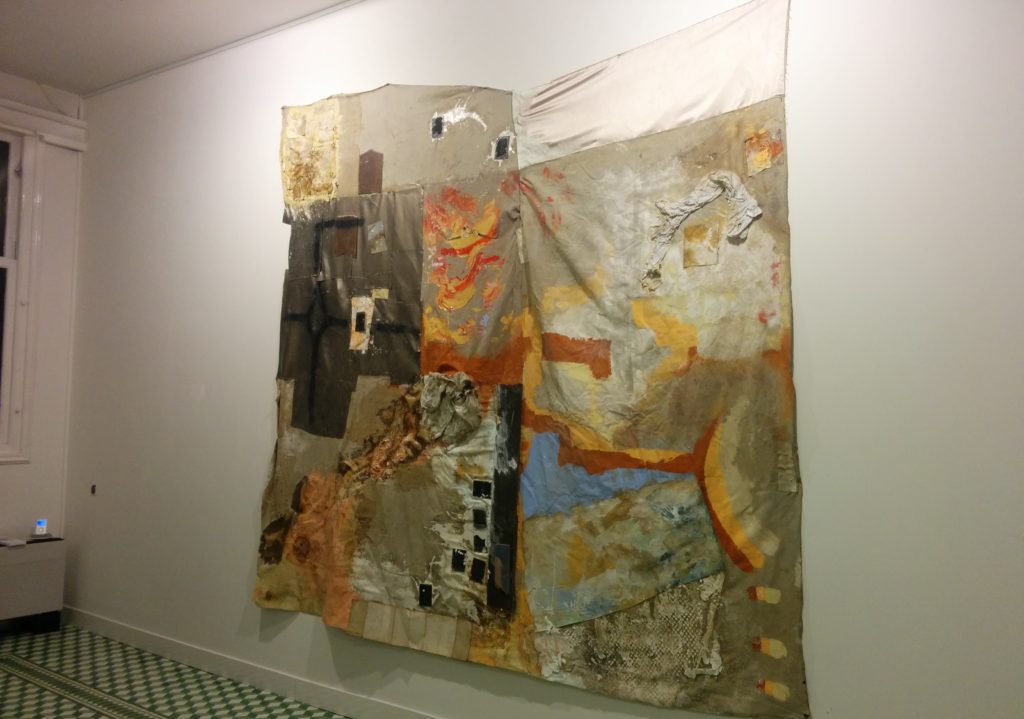 In the future, they want to exhibit in several cities, including The Hague and Glasgow and to do as many exhibitions as possible. Although she confesses it is not really her thing, she is looking into funding from larger Scottish art funds. “I’m getting into the business side of things!”

Read the entire interview – in Dutch