These are the nominees for the Piket Art Prizes 2020

The names of the nine nominees for the Piket Art Prizes, prizes for promising young  professional artists in the fields of painting, dance and dramatic arts, have been announced. Lorena van Bunningen, Ciro Duclos, Afra Eisma (Painting), Boston Gallacher, Lukas Karvelis, Hester Seelen (Dance) en Tessa Jonge Poerink, Shah Tabibi en Billy de Walle (Dramatic Arts)  are the lucky ones. The names of the winners will be announced in November. “My first reaction was just to scream at the top of my voice,” says actress Tessa Jonge Poerink.

“My housemate thought the house was on fire,” Jonge Poerink says about her nomination. “Fortunately it was good news. I’m am tremendously happy and proud. It’s always great to hear you’ve done something well. And I could certainly do with a bit of good news in these times of crisis.” The young actress is, amongst others, known for her part in In mijn hoofd ben ik een dun meisje (In my head I’m a thin girl).
“In these corona times, artists, and especially young artists, find it hard to be visible,” says jury president Winnie Sorgdrager. “This is why the Piket Foundation has decided that every nominee will receive a special supportive subvention of 2,000 Euros to help them through these difficult times. It’s important for our society. Art inspires, art offers comfort. Especially in times of trouble that’s something we shouldn’t forget.” The Foundation’s board has allocated an additional 18,000 Euros – the total sum is 42,000 Euros. Boston Gallacher, who dances with NDT 1, was also nominated in 2018. “This nomination is just as big a surprise as the first one,” the Scotsman says. Painting category nominee Afra Eisma finds the nomination “fantastic.” “I was absolutely delighted.” 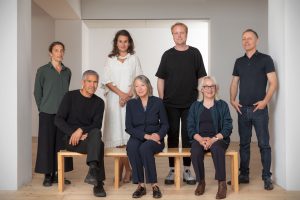 Nominees and winners in each discipline are selected by a professional jury on the look-out for exceptional young talent. This year the jury consists of president Winnie Sorgdrager (a former minister, and former president of the Dutch Council for Culture), Suzanne Swarts (director of Museum Voorlinden), visual artist Joncquil de Vries, Stacz Wilhelm (former artistic director of production house Korzo), Isabelle Chaffaud (MEYER-CHAFFAUD), John de Weerd (programmer for Zaal 3 and De Parade) and Antoinette Jelgersma (National Theatre actress). Look here at the video’s of the jury in the categories Painting, Dance and Dramatic Arts.

Announcement of the winners and exhibition

The Piket Art Prizes winners will be announced in November. They will each receive the sum of 8,000 Euros as well as an award, which this year will be made by former nominee Suzie van Staaveren. From 10 July until 31 August the Central Library on the Spui in The Hague presents a small exhibition dedicated to the Piket Art Prizes. The exhibition, on the Library’s second floor, features videos about prizes and nominees.

About the Piket Art Prizes

The Piket Art Prizes have been awarded annually since 2014 to promising young artists who have a relationship with The Hague because their career came to fruition there or because the artist and his/her work provide a notable contribution to the local cultural environment. The prizes were named after Frederik Hendrik Piket (1927–2011), a lawyer and member of the Dutch Senate, who was a great lover of the arts. The Foundation that was formed after his death seeks to annually stimulate three promising artists under thirty with a prize.