These are the nominees for the Piket Art Prizes 2019

On Sunday 8 September the nominees for the sixth edition of the Piket Art Prizes were presented at the The Hague Central Library – nine young, promising artists in the fields of painting, dance, and dramatic arts, all in some way related to the city of The Hague. “All of these young talents are special, above average”, says Marjolein de Jong, president of the jury. The names of the three winners will be revealed during the awards ceremony in Theater Diligentia on Monday 25 November.

The nominees for the Piket Art Prizes 2019 are: 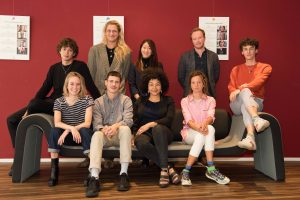 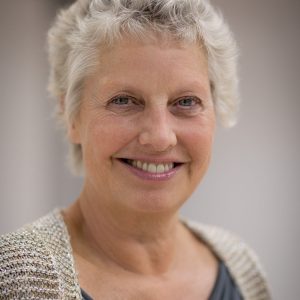 “Our nominees are all special”, de Jong says. “Their fresh outlook and the way in which they stand out within their disciplines is unique. It is not going to be easy to reduce this top 9 to a top 3.”

Listen to an interview on Radio West with Marjolein de Jong, president of the jury, and nominee Florentijn de Boer.

Nominee Antonin Rioche (dance) is proud of his nomination. “I think I am a very hard worker and also a very passionate artist. I am doing my best to invest myself in the dance field here, in the Netherlands. Last season was not an easy one for me. I have been trying to contact a lot of people without receiving any answers or considerations. This why I felt so happy, honoured, and touched when I learned about my nomination!”

Sara de Greef about her nomination in radioshow Muijs in de Morgen.

Ook Charli Chung (dramatic arts) is proud, too. “Celebrations! There is Hague blood in my veins and I will never get rid of my accent. The Hague and its people have a special place in my heart. It is a tremendous honour to be nominated for such a big art prize.”

Charli Chung was also a guest on Muijs in de Morgen on Radio West.

Presentation of the 2019 nominees at the Central Library

The Central Library on the Spui in The Hague formed the backdrop to the presentation of the nominees for the sixth edition of the Piket Art Prizes. Just like last year the presentation was in the hands of Paula Udondek. Musical trio Remmelt, Muus &amp; Femke put the audience in the right mood, after which former nominee (dance) Claire Hermans told the story of the dance film she and Sam Broekman had made for this occasion. Hermans was inspired by the phenomenon of time. “How does time manifest itself? Is it possible to, within time, experience the present without thinking of what has been and what is yet to come?” Hermans mused. She told the audience it had always been her great wish to make a film. The beautiful voice of former dramatic arts nominee Benjamin Abel Meirhaeghe left the audience speechless. He sang numbers from his performances My Protest and My Inner Songs, as well as a Radiohead cover.

Tension mounted as the nominees, curious about the identities of their ‘competitors’, were waiting anxiously for the great moment. After the first jury video the nominees for the painting category were invited to come on stage. Jordan Herregraven said: “I am tremendously excited and feel extremely grateful for the acknowledgement of my body of work. I am truly honoured to be nominated for this distinguished prize.” The dance dominees, too, were almost literally jumping for joy. “An enormous honour!”, Sara de Greef said. “Of course it’s great to be recognized as an artist, but this also provides me with a tremendous opportunity to share my art with others, which is what it’s all about. I very much hope I can inspire people with what I’m so passionate about.” Tarik Moree (dramatic arts) pronounced himself ‘quite frantic’ about his nomination. “I consider it a great honour and an incentive, too, to find this kind of special recognition. I am extremely grateful and proud.”

Daan van Dijsseldonk, former nominee in the same category (Firma MES), concluded the afternoon’s programme with a brief preview of De Gijzeling die (The hostage taking), which is performed at the former American embassy on the Lange Voorhout until the end of September. Van Dijsseldonk took the audience back to September 1974, when The Hague was kept spellbound by the taking of eleven hostages at the French embassy. Firma MES spoke with eye witnesses and based a performance on this event, which is considered the first act of terrorism in recent Dutch history.

Roots in The Hague

Quite remarkably, many of this year’s nominees were born in or near The Hague: Naomi van der Linden, Jordan Herregraven, Florentijn de Boer, Charli Chung and Tarik Moree (Voorburg). Ook Sara de Greef lived in The Hague when she was a trainee with the Netherlands Dance Theatre. She is now living in London, where she dances with choreographer Wayne McGregor. Joran van Soest came from design town Eindhoven. Aya Misaki is from Japan, but lives in The Hague. After having worked with NDT 2 for a number of years, she has just struck out as a freelancer. Antonin Rioche, from France, also a freelancer, considers The Hague his home base.

The winners in the Piket Art Prizes’ three categories will be announced at the festive awards ceremony on Monday 25 November. The three winners will be awarded the sum of 8000 Euros, and both winners and nominees will receive a real ‘trophy’, made this year by Peter Zwaan. The Hague artist Zwaan created a figure of a hand which, when seen from the right angle, resembles the letter P. 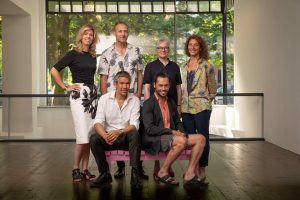 The Piket Kunstprijzen (Piket Art Prizes) have been awarded annually since 2014. Candidates, from the fields of painting, dance and dramatic arts, should not be older than 30. The jury consists of professionals active in the relevant disciplines. Their annual inventory of The Hague artistic talent forms the basis of the list of nominees. This year the jury consists of president Marjolein de Jong (former alderwoman for culture), Maarten Demmink (Demiak), Suzanne Swarts (Museum Voorlinden), Stacz Wilhelm (Korzo theater), Isabelle Chaffaud (MEYER CHAFFAUD), David Geysen (Bureau Dégradé) and Antoinette Jelgersma (Het Nationale Theater).

Interview Suzanne Swarts about the nominees on Radio West.

Frederik Hendrik Piket (1927-2011) was a solicitor and member of the Dutch Senate for the CHU, one of the parties that later merged into the CDA (Christian Democratic Appeal). Piket was a great lover of the arts. When he passed away in 2011, a foundation was established, with the aim to annually provide three young and promising artists with the incentive of a prize.